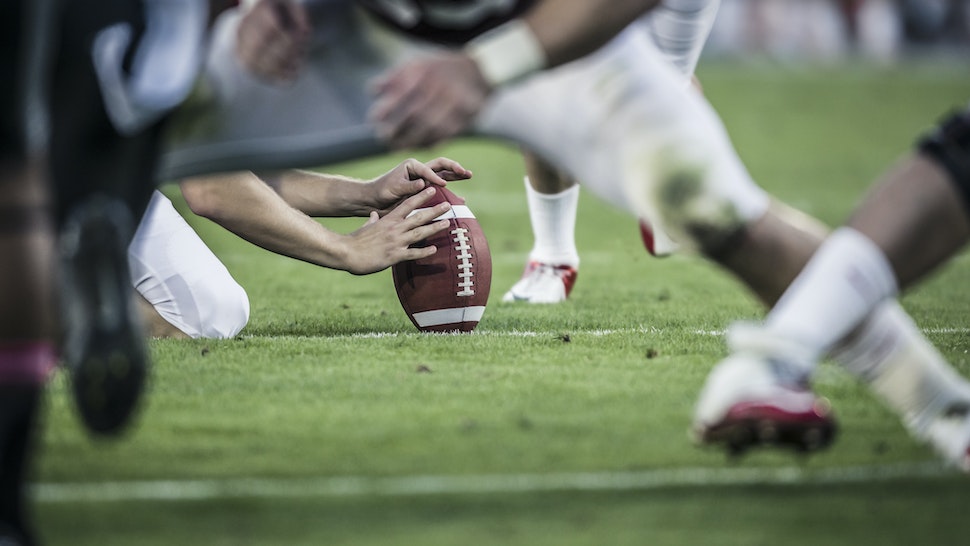 Admittedly, she was spectacular. Fuller went 5 for 5 on field goals, booted 3 touchbacks past the end zone, and even made a game saving tackle as the clock expired in regulation. Just kidding. Actually, she kicked one time, it went 30 yards, Vanderbilt lost 41 to zero, and the head coach was fired after the game. This is reality, not a movie. And in real life, women embarrass themselves when they try to play against male athletes.
But what we’ve witnessed after the kick heard round the world — a kick which actually went only 20 yards in the air and rolled another ten before the return team bailed her out by jumping on the ball before it went out of bounds and drew a penalty — has been the weirdest and most unnecessary coverup job in recent memory. The now-fired coach claimed that Fuller executed a masterful and pre-planned “squib kick.” The head coach of the team formerly known as the Redskins called it a perfect “mortar kick.” Elsewhere it has been called an onside kick. The SEC named Fuller one of their special teams players of the week for a “perfectly executed kick” that “sailed 30 yards.”
Again, back here in reality, it was not perfectly executed, and it was not a squib, a mortar, or an onside kick. There is no designed kick in all of football that calls for a kicker to boot it 20 yards to the sideline. And if there was such a designed kick, it’s not the play you’d call when you’re down 21 at the start of the third quarter. No, this was just a bad kick. Probably not much worse than what any schlub off the street would do, including myself, but not much better, either.
I have never heard of a kicker on any team, anywhere, giving a halftime lecture to the team. But such a lecture from a girl who was invited there as a publicity stunt would be, I imagine, intolerable. It reminds me of the time when I put my five-year-old daughter on my lap and let her “park the car” by driving it 10 feet up the drive way, and the next time she was in the car with me she started shouting driving tips from her booster seat in the back. “Daddy, make sure to stop at red lights,” etc. At least that was cute. It would not be as cute to have the girl from the women’s soccer team strutting down the sideline barking orders. Although, given the team’s record and performance, I can’t say they didn’t deserve the humiliation.
Indeed, Vanderbilt sent out a tweet after the bad kick with a picture of Sarah Fuller and the words “history made.” The tweet reads: “Sarah Fuller. Remember the name. #PlayLikeAGirl.” Credit where it’s due: they walked the walk. They really did play like girls. And lost by 41 points because of it.
Source