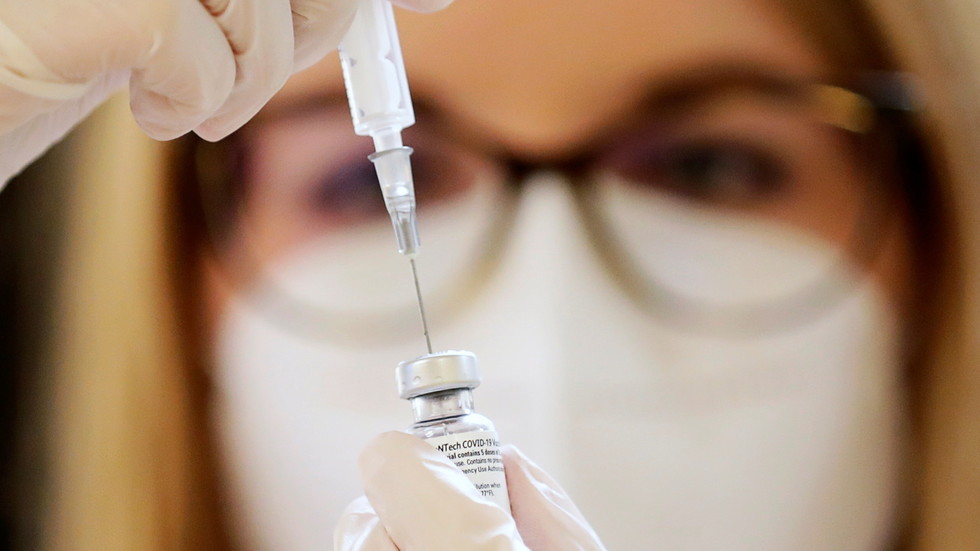 Eight nursing home workers in Stralsund received five times the normal dose of the Pfizer-BioNTech coronavirus vaccine, sending half of them to the hospital with Covid-19 symptoms – but the company insists the megadose is safe.

A group of care home employees in the northeastern town of Stralsund was accidentally dosed with five times the prescribed amount of Pfizer-BioNTech’s newly approved Covid-19 vaccine on Sunday – the first day Germany began vaccinating healthcare workers and nursing home residents against the virus.

Eight employees received five times the 30-microgram (mcg) dose of the jab, which was recently christened Comirnaty. Four of those were hospitalized as a “precautionary measure” after experiencing flu-like (and Covid-19-like) symptoms, Vorpommern-Rügen district administrator Stefan Kerth revealed on Monday.

“I deeply regret this incident,” Kerth told reporters, expressing “hope” that “those affected suffer no serious side effects.”

While the prescribed dose for Comirnaty is just 30mcg, a spokeswoman for BioNTech insisted researchers had experimented with “increased dosages” during clinical trials and found doses of as much as 100mcg were tolerated without “serious consequences.” However, five times the normal dose would be 150mcg, half again as much as a 100mcg overdose, and it’s not clear if any of the clinical trials had tested such high doses.

The overdosed group consisted of seven women and one man, all aged between 38 and 54. The vaccine is being administered to elderly nursing home residents and employees at such facilities first, with a rollout for the general population to begin next year.

The arrival of pharmaceutical salvation has already encountered obstacles, however, with some districts rejecting their vaccine shipments on the suspicion they had not been kept at the ultra-cold temperature of -70 degrees Celsius required to retain safety and effectiveness.

Seven districts in Bavaria opted to return 1,000 shots after the ‘cold’ boxes in which they arrived registered internal temperatures up to 15 degrees Celsius, dismissing BioNTech’s claim that the comparatively lukewarm vaccine shipment was “probably okay.”