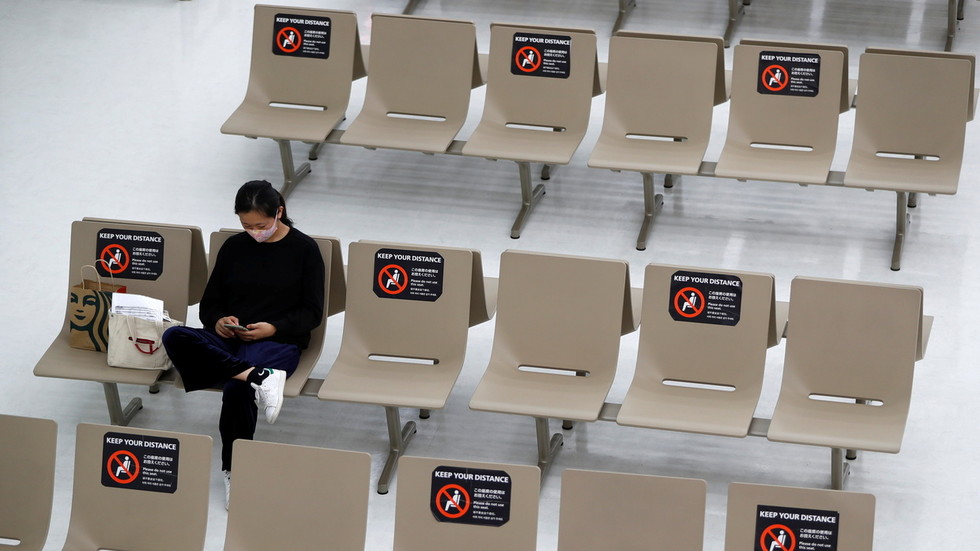 Japan has announced that it will close its borders to all foreigners, after detecting a new strain of coronavirus in travelers arriving from the UK. The restrictions are the harshest yet imposed in response to the mutation.

The island nation will ban all new entries of foreign nationals from December 28 until the end of January, the government announced on Saturday. The decision was made following the discovery of a new variant of the coronavirus present in foreign nationals who had traveled from Britain.

Japanese nationals and foreigners living in Japan will still be permitted to return to the country, Japanese financial daily Nikkei has reported, citing the government’s declaration.

At least five people traveling from Britain to Japan have been confirmed as infected with the new strain of the virus, which goes by the technical name SARS-CoV-2 VOC 202012/01.

The mutation is believed to have originated in the UK and was first detected there in September. The variant of the virus is believed to be more contagious but so far there is no strong evidence to suggest that it is more deadly than SARS-CoV-2. Britain’s premier Boris Johnson told the public it could be up to 70 percent more transmissible than the original variant. Virus mutations are a natural occurrence and usually new variants are weaker.

However, fears of the new mutation, fueled in large part by sensational media headlines, prompted the British prime minister to reimpose harsh restrictions on large swaths of the country, effectively cancelling Christmas for millions of Londoners and others in the southeast. So far, more than 50 countries have suspended travel to and from the UK, although health experts have already warned that the mutation is likely already present in many other parts of the world. Japan’s blanket ban on all foreign arrivals has taken the precautionary policies a step further.

The new strain has been found in numerous European countries, including France, Sweden, Spain, Denmark, the Netherlands and Germany.

The mutation has led to calls to speed up and expand the vaccination programs being rolled out across Europe and other parts of the world. Pfizer has claimed that its jab is likely effective against the new strain. Russia’s Sputnik V is also said to work against the mutated virus.