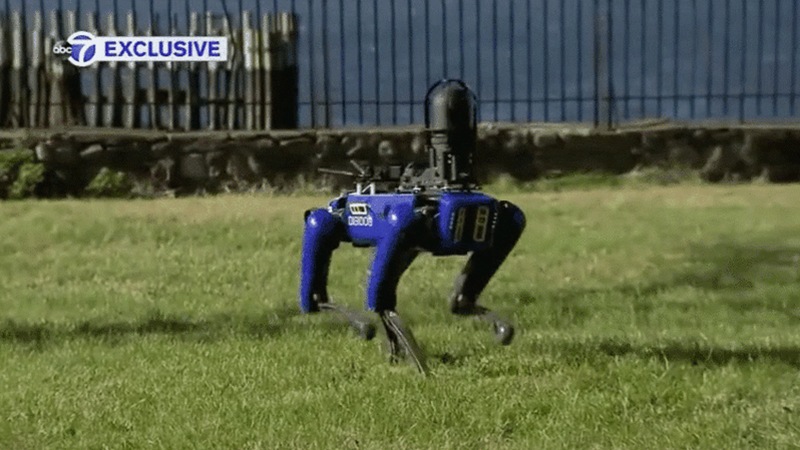 The NYPD is set to deploy a 70 pound robotic dog made by Boston Dynamics that is capable of opening doors and moving objects out of its path.

In fact, the ‘dog’, called Digidog, has already been used to apprehend a suspect, according to a report by ABC 7 News.

“This robot is able to use its artificial intelligence to navigate things, very complex environments,” NYPD TARU’s Deepu John added.

The AI on the dogs is open, so it can be customized, and the machines can be fitted with weapons. Along with the lease to law enforcement, that is enough for Kade Crockford, director of the technology for liberty program at the ACLU of Massachusetts to issue a warning.

“We just really don’t know enough about how the state police are using this,” Crockford said. “And the technology that can be used in concert with a robotic system like this is almost limitless in terms of what kinds of surveillance and potentially even weaponization operations may be allowed.”

“We really need some law and some regulation to establish a floor of protection to ensure that these systems can’t be misused or abused in the government’s hands,” Crockford said, adding “And no, a terms of service agreement is just insufficient.”

The robot dogs inspired an infamous episode of Black Mirror in 2017, where machines very similar looking to the SPOT, but more advanced, were depicted hunting down and killing people after the unexplained collapse of human society.