Anti-maskers think the rules aren’t for them. Time to send a few to jail... 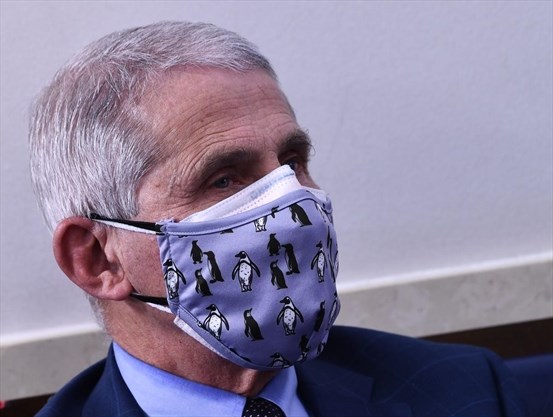 If Canadians will not be vaccinated until fall — some say it may be even later — we will have to live in a different way. Life is large. It means economic life, social life, personal life, coffee shop life, outdoor life, a quiet life, a public life.

Stores cannot possibly remain closed until fall. People cannot be told to live a half-life until then. If this happens, something or someone will snap in ways we can’t anticipate. Canadians need different rules, and energetic police enforcement.

Pandemics are new to us a century after the last one and we don’t know how bad it will be when people riot, go bankrupt, lose homes, and lose hope. Once people sneak ahead in line for their vaccination — it is human nature to test opportunity — other people will find their own way of raging.

Look at the latest American mess. Look at Republican Congresswoman Marjorie Taylor Greene, who says the California wildfires were caused by a secret Jewish space laser and that Democratic leaders like Nancy Pelosi should be executed. She was just promoted.

I don’t know if that kind of madness will pop up in Canada, but we have to keep a lid on things.

That means enforcing compulsory face-masking and in a very public way. It might mean actually applying the laws that make it a criminal offence to go without a mask outside your own home. Punishment might be heavy fines, post-pandemic community service, or even jail, but it should be carried out rather than threatened.

But I don’t see police on Toronto’s streets and I don’t see constables on the TTC, never have.

In England people can be fined $350 for not masking in public. Repeat offenders face even bigger fines. In Manchester recently, a woman who had been warned not to hold a party after her brother-in-law’s funeral did so anyway. She invited 35 people and was shocked to be fined $17,560.

“We had been at the graveyard and we were frozen,” she complained. “And we just wanted to bring my mum and sister back and give them a bit of food. It wasn’t a party, it wasn’t a wake.”

In Saskatchewan, the owner of a Regina bar, Mr. D’s Stats Cocktails and Dreams, fined $14,000 for not distancing patrons at a cage-fighting event (presumably virtual), complained she was “targeted” by police. Yes, she was.

These two speak for fools planetwide. Anti-maskers, whether they call themselves that or not, are all saying the same thing. The rules shouldn’t apply to them.

Life cannot restart as long as the anti-maskers keep popping up, and not just in their mini-parades and invasions of Shoppers Drug Mart where people with cancer are patiently waiting for prescriptions. As COVID-19 variants spread, the one guy in every subway car who refuses to mask is the person who will keep us at home even when stores reopen.

There should be no exceptions, so it’s worrying that nobody really knows what the medical exceptions are in Ontario. You just say you have one. The man who smashed up a Downsview convenience store on Tuesday after being asked to cover his face just with his shirt claimed he had a medical exemption. At this point, if you’re healthy enough to venture outside, you can do it in a mask even if you find it uncomfortable mentally or physically.

If people are allowed to avoid masking, lockdown can’t end. But it has to end, not if we’re going to have some version of an approximation of normal life throughout the summer. Imagine it. If everyone wears a mask at all times, not under their nose or chin, not a scarf, not up and down, life could restart fairly safely. I’m thinking picnics, movies, Fuwa Fuwa Japanese pancakes, drinks at 7 …

I don’t just mean a cloth or medical mask. Everyone should wear an N95 with a cloth mask over that, as Dr. Fauci does. It would be simple for Dr. David Williams, our plodding high school principal and chief platitude officer, to wear such a mask while he speaks. He doesn’t.

We hear that front-line workers living in crowded communities are at great risk. Would this be true if they had long ago been given two masks to wear on the way to work and if this, plus distancing, had been enforced on public transit? People shouldn’t have to police others.

All-masking-at-all-times sounds like a simple solution. It’s not a solution at all, it just keeps us functioning until vaccination for all with a network in place for the next pandemic. It might get us through the summer.

We have pinned our hopes on glorious shiny vaccines. I idly think of how to pass myself off as an 84-year-old lining up for vaccination. You’re as young as you feel, they say, and in this Toronto mid-winter, I feel a sprightly 87.

Ontario doesn’t want a holding pattern. It wants better than that as the months pass and we wait for rescue, aging in place.