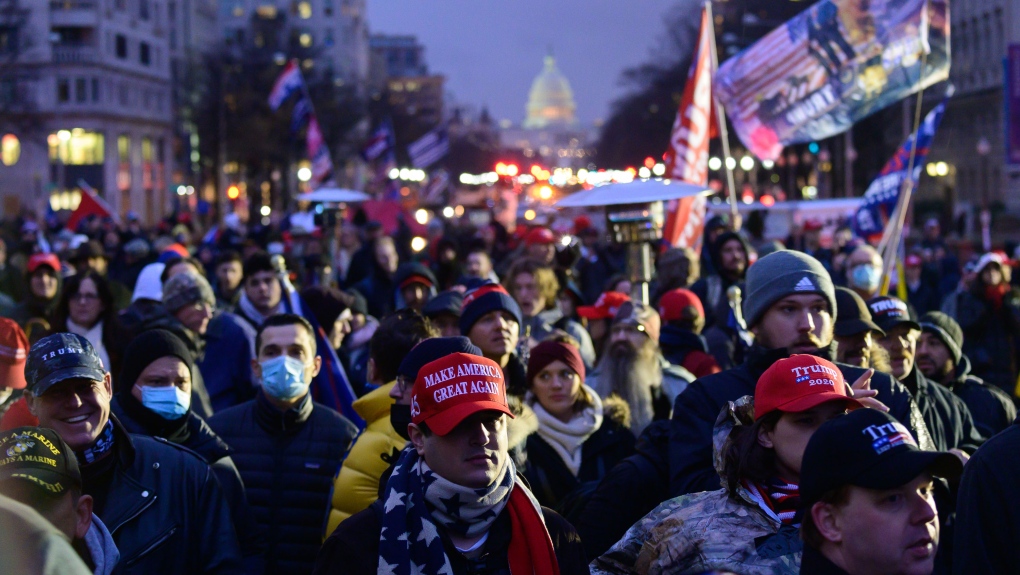 Hundreds of law enforcement officers have mobilized across Washington as thousands of supporters who refuse to accept U.S. President Donald Trump's election loss have flocked to the nation's capital to protest when Congress gathers Wednesday afternoon to put the final stamp on President-elect Joe Biden's victory.
As part of their preparations, police posted signs around the district warning of the illegality of gun possession during protests as Trump tweeted his support for the protesters, saying, "Our Country has had enough, they won't take it anymore!" and "We Hear you (and love you) from the Oval Office."
Authorities -- a mix that includes local police, National Guard and federal uniformed officers -- had already arrested several people ahead of demonstrations including the leader of the Proud Boys, a far-right group that Trump directly addressed during an autumn debate to "stand back and stand by."
https://www.ctvnews.ca/world/america-votes/authorities-on-high-alert-as-pro-trump-supporters-flood-d-c-to-protest-election-1.5255345?taid=5ff5bb64749b790001be0d16&utm_campaign=trueAnthem%3A+Trending+Content&utm_medium=trueAnthem&utm_source=twitter