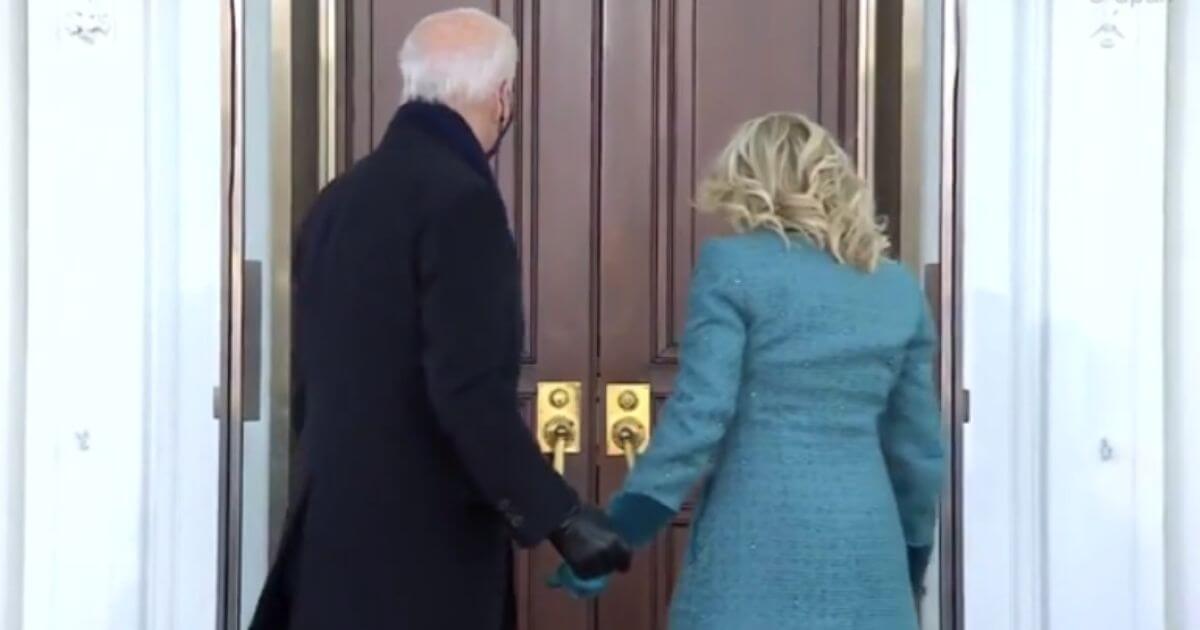 President Joe Biden and first lady Jill Biden were awkwardly left out of the White House on Wednesday without anyone to let them inside, according to reports.

The Daily Mail reported that hours after Biden’s inauguration, the Bidens and their entourage of family and friends made their way to their new home — a building vacated earlier that morning by then-President Donald Trump and his own family.

Video shows the pair standing for a few moments as “Hail to the Chief” was playing. On the video shared by the Daily Mail, it appears as though they were waiting for the door to magically open for them for about 10 seconds.

In fact, you’d expect an eager person to be on the other side of that door waiting for a well-choreographed door pull, as inaugurations generally leave no detail overlooked.

The door finally did open, but the strange moment went viral.