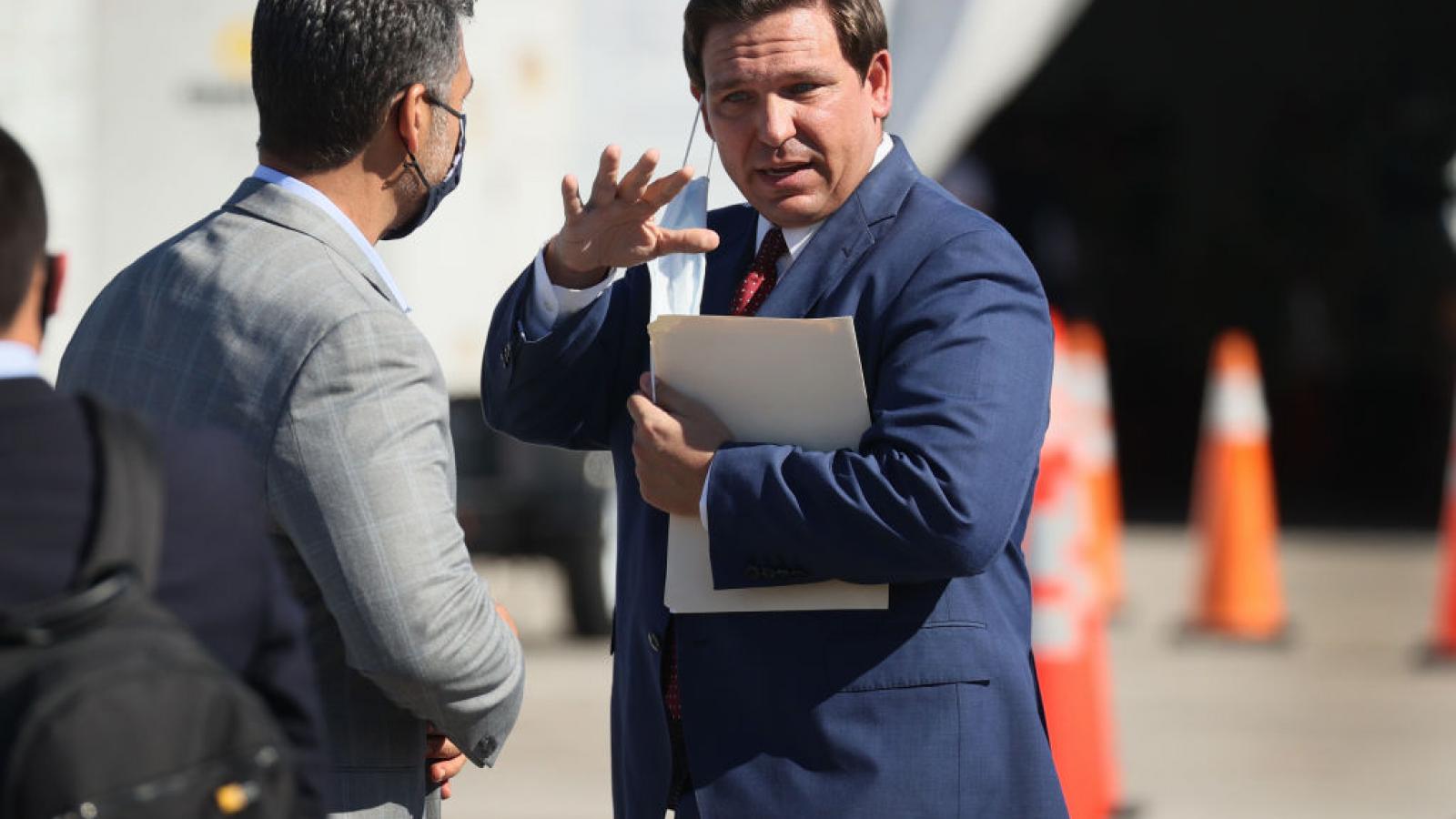 Florida as of this week has recorded a little over 1.5 million positive test results of COVID-19 since the start of the pandemic, while California has registered nearly 3 million. Per CDC figures, the two states are roughly equal in their population-adjusted case numbers per 100,000 residents, with California at around 7,300 and Florida at a little over 7,000.

The two states have arrived at more or less equal case numbers after roughly a year of divergent COVID-19 mitigation policies. California Gov. Gavin Newsom has imposed one of the harshest lockdowns in the country over roughly the past ten months, at times ordering wholesale closures of entire industries, the shuttering of private and public schools, and a statewide mask mandate.

Throughout 2020 Newsom periodically ordered the shuttering of bars, indoor dining and other recreational businesses in counties he determined were experiencing dangerous levels of COVID transmission. In July, Newsom ordered a statewide shutdown along those lines. The state in August revealed a strict, color-coded blueprint to which counties would have to adhere in permitting businesses to open.

In Florida, meanwhile, Gov. Ron DeSantis in the spring enacted numerous measures similar to those imposed by California around the same time, including bar closures and a stay-at-home order. By June, however, he had begun permitting the reopening of shuttered bars and restaurants. In September, DeSanis essentially lifted all statewide restrictions on the state's economy while prohibiting local officials from fining state residents who refuse to wear masks.

DeSantis also successfully pushed for the reinstitution of in-person learning for Florida students in the fall. By mid-October, all of the state's 67 counties were offering in-person instruction for students, with DeSantis declaring further school closures "off the table."

In California, meanwhile, the state is a rough patchwork of public school openings and closings based on the judgment calls of local authorities and/or state guidance. Newsom has lately been pushing for a February reopening of all the state's public schools.

Though the states at the end of those divergent approaches have recorded roughly equal COVID cases, Florida thus far has recorded notably more deaths from the disease than California, with Florida posting about 110 deaths per 100,000 residents and California recording 81 per 100,000, according to the CDC. Florida's higher numbers may reflect its more aged population — a popular retirement destination, Florida's median age is 42 compared to California's 36.

The governors' offices of the two states did not respond to requests for comment on those contrasts. Multiple experts that spoke to Just the News, meanwhile, admitted that there was not a readily available explanation for the differences in pandemic numbers seen between the two states.

Robert Cook, an epidemiology professor at the University of Florida, argued that the age differences between the two states may explain California's current higher hospitalization rate relative to Florida.

California's lower average age "could account for more cases in young persons in the first place, and then the older, more vulnerable have more infections around them which could explain the hospitalizations," he said.

It "could also be somewhat random trends over time," he posited.

"If you look at the distribution of flu cases over the past several years, there are frequently very high rates in one part of the country compared to the other during one month, and a different pattern the next," he said. "And the pattern is not really consistent from year to year. Florida had a peak of cases in the summer, whereas California did not."

Cook pointed out that "while Florida may have 'looser' laws at the state level many municipalities in Florida have stricter laws." He also noted that hospitalizations in the state have increased recently.

"I think Florida has more hospital beds overall," he said, "so they may not seem as 'overflowing' —but there are still many more hospitalizations in Florida compared to a few months ago."

"All I can say is that there is tremendous uncertainty about the reasons and political pressures from all directions to promote specific theories and express more certainty than warranted scientifically," he said. "So I suspect you could ask a spectrum of nominal experts and you would get a spectrum of answers."

Steven Goodman, a professor of epidemiology at Stanford University, also declined to offer much in the way of speculation, but "I think you should also query the reliability of the Florida numbers," he told Just the News.

Florida's COVID-19 data has been the subject of periodic scrutiny over the course of the pandemic, with critics of Republican Gov. DeSantis claiming the state has manipulated its data in some way to present a more favorable picture.

Last summer, a scientist who had helped design Florida's COVID-19 dashboard launched her own dashboard examining the state's numbers, arguing that the state had asked her to cover up certain data related to the pandemic. As of this weekend, the alternative dashboard showed a little less than 400 more deaths in the state compared to the state's official data.