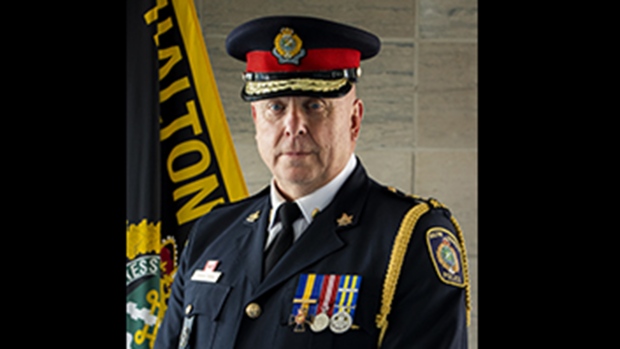 The mayor of Oakville says he did not object when he was informed that Halton’s police chief intended to travel to Florida over the holidays to “tend to a property matter.”

“Chief Steve Tanner informed me in advance of his travel to tend to a property matter. I had no objection. Chief Tanner continues to have my full confidence,” Rob Burton, the mayor of Oakville, said in a statement sent to CP24. “The chief leads our police service in an exemplary manner and will continue to do so.”

Tanner joins a growing list of officials who went against provincial guidance and travelled outside the country over the holiday break.

Several politicians and public officials, including former Ontario finance minister Rod Phillips and the president and CEO of St. Joseph’s Health System, have recently been forced to resign after it came to light that they travelled outside the country amid a global pandemic.

The province and the federal government urged people to stay put over the holidays and only celebrate with members of their immediate household in an effort to slow surging community transmission of COVID-19.

In a statement sent out on Friday afternoon, Tanner said the decision to travel was a "poor" one.

"In late December, I travelled to Florida to address some personal business matters. This was done with the knowledge and support of the Halton police board chair. My decision to travel in light of the ongoing COVID-19 situation was a poor decision, and one that I deeply regret," Tanner's statement read.

He added that he intends to return to the country this weekend and will be complying with the quarantine requirements set out by the Government of Canada.

"What weighs on me the most is the fact that I am not there to support my 1,000 members as we grieve the loss of one of our own. I have extended my deepest apologies to every member of the service," he wrote.

"My absence is a distraction from their healing and has taken the focus away from what is most important at this time. I sincerely apologize for my decision to travel out of the country."

"The members are not happy about it and they would expect him to provide a reasonable and justified answer," he said in an interview with CP24. "There is animosity and anger to the point where people expect me to demand that he resign."

He noted that some other members are taking a "wait and see" approach, hoping to get the full story before jumping to conclusions.

"I think some of the other people who have received criticism for their travel plans have attended funerals and even dealt with property matters as well and that has led to them still deciding to resign from their positions," he said.

"At this point, with the information I have, I don't think the people who are upset about it are going to be satisfied with either of the answers he has provided and the support that has now been provided by Mayor Burton."

He said that he first started receiving questions about Tanner's absence on the same day a member of the Halton Regional Police Service passed away.

"Unfortunately, we had an incident this week with a tragic loss of one of our members and on that date, people had contacted me seeking clarification on whether the information that Chief Tanner had travelled to Florida was accurate information," Gillis said. "It was subsequently confirmed that he was in Florida at the time."

He said the union will be taking complaints to the police service's board and asking for more information on a number of things, including why the mayor thought it was appropriate to approve the chief's travel plans.

"I think our members, most of the concerns that have been voiced is about the hypocrisy of it all and different rules for different sets of people. That do as I say, not as I do mentality. If that's the case with what's transpired then that is very difficult for him to defend," Gillis said. "I think that is the reason that it is causing a lot of animosity."

This is not the first time Tanner’s conduct has attracted backlash from some members of the public.

Tanner previously came under fire for his reaction to comments federal NDP Leader Jagmeet Singh made about the police response when a man allegedly broke into the grounds of Rideau Hall carrying four guns.

Singh suggested that the suspect may not have survived had he not been white.

Tanner took to Twitter to criticize Singh’s comments in a series of posts. In one tweet, Tanner called the NDP leader’s comments “politics at an all-time low.”