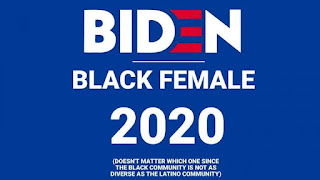 Joe Biden in a recent interview compared standing President Donald Trump to Joseph Goebbels, the Nazi's Propaganda Minister, while calling him and others liars.

Biden mentioned also Senators Ted Cruz and Josh Hawley, calling them Trump's "acolytes" and saying that what they are saying right now is "the big lie."

The actual quote by Goebbels referred to (Biden doesn't quite get it quite right in the course of the video) is as follows:

"If you tell a lie big enough and keep repeating it, people will eventually come to believe it. The lie can be maintained only for such time as the State can shield the people from the political, economic and/or military consequences of the lie. It thus becomes vitally important for the State to use all of its powers to repress dissent, for the truth is the mortal enemy of the lie, and thus by extension, the truth is the greatest enemy of the State."