Ontarians favour stronger COVID measures, but not ones that limit movement: poll 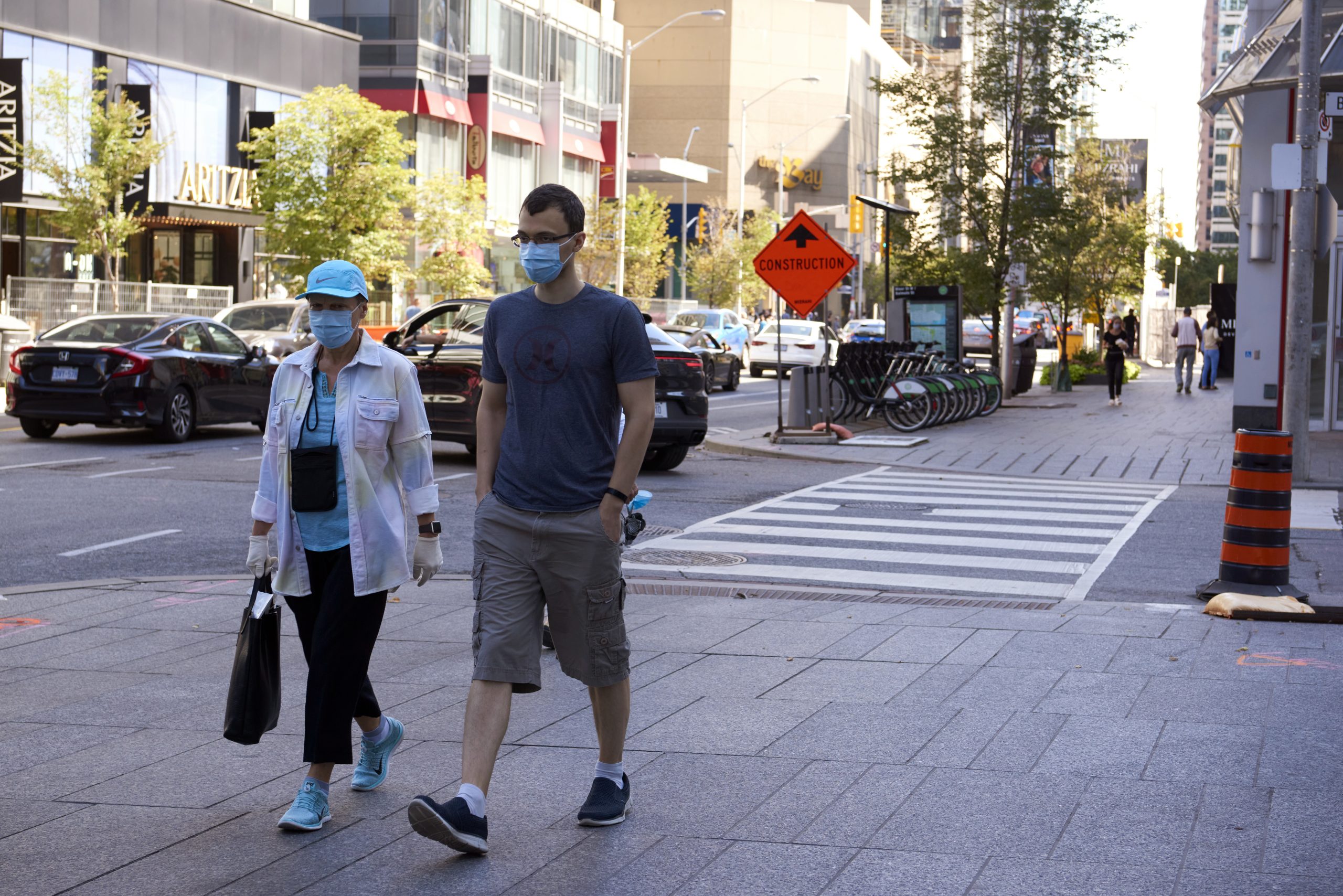 With Ontario premier Doug Ford warning of “extreme” new measures to try and curb the spike in COVID-19 cases, a new public opinion poll finds a majority of Ontarians would be in favour of strengthening a number of current lockdown measures at least for the next 30 days.

A Maru/Blue Public Opinion Poll finds very strong support among Ontarians for keeping the Canada/U.S. border closed (91 per cent), not allowing anyone to enter the country unless they can provide proof of a negative COVID test (92 per cent) and continuing to limit restaurants, cafes, pubs, and bars to takeout service only (85 per cent).

Ontarians also expressed support for closing non-essential work places (80 per cent), limiting retail outlets to curbside pickup only (75 per cent) and closing nursery, primary and secondary schools – except for the children of essential workers (70 per cent).

As well, a majority of Ontarians (68 per cent) are in favour of fines of up to $10,000 for anyone found to be in violation of lockdown rules.

Where Ontarians seem to draw the line is with measures that would severely restrict their movement outside of their homes.

While Ford has been lukewarm to the suggestion of a curfew, Ontario’s top doctor hinted earlier this week that such a measure was on the table as one of the ways to try and contain the spread of COVID-19. Quebec is set to implement a curfew starting Saturday night and Ford said he would be speaking with Premier Francois Legault about the enhanced measures they are taking.

According to the poll, just over 50 per cent of those surveyed would not be in favour of a neighbourhood curfew or being limited to travelling more than five kilometres, unless its considered essential. More than 60 per cent are not in favour being restricted to just one hour a day of outdoor exercise while almost 80 per cent would reject a measure that would see people banned from leaving home for any reason without special permission.

As for when restrictions should be eased or lifted, there appears to be very little consensus among Canadians in general, according to the poll. A majority would keep them in place until hospital capacity is reduced to virtually normal levels (33 per cent) or until the curve in cases returns to levels seen in August 2020 (27 per cent). Fewer still would keep them in place unitl a majority of people are vaccinated (20 per cent) or until there are virtually no COVID infections (10 per cent).

The poll was conducted among 1,505 randomly selected Canadian adults in both English and French on January 6, 2021 and is considered nationally accurate to within +/- 2.9 percentage points.