Senate to delay return in response to pandemic 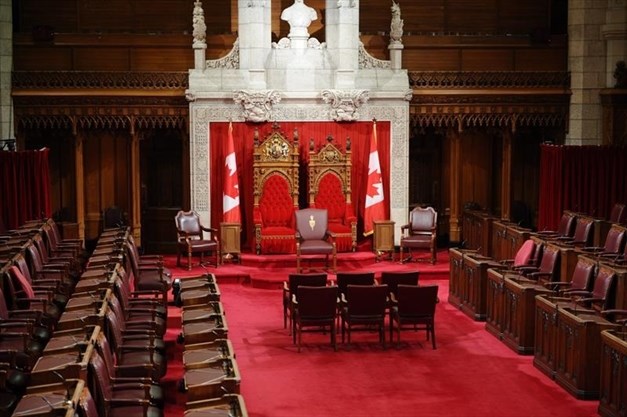 In camera meetings on the legislation that were slated for this week have been cancelled.

The Senate will be reopening for business nearly a week later than planned, partly in response to the surging second wave of the COVID-19 pandemic.

Senate Speaker George Furey is extending the adjournment period until Feb. 8, meaning they will return then instead of next Tuesday as originally expected.

The Speaker's office says the move was made in part to mitigate the spread of the virus, and will curtail time spent by senators in the upper chamber.

The legal and constitutional affairs committee of the Senate, which rose on Dec. 18 for the Christmas break, still plans to meet Monday to resume its study of legislation on medical assistance in dying.

During three daylong meetings the chamber is set to consider possible amendments to Bill C-7, which would expand access to assisted death to people who are suffering intolerably but are not approaching the natural end of their lives.