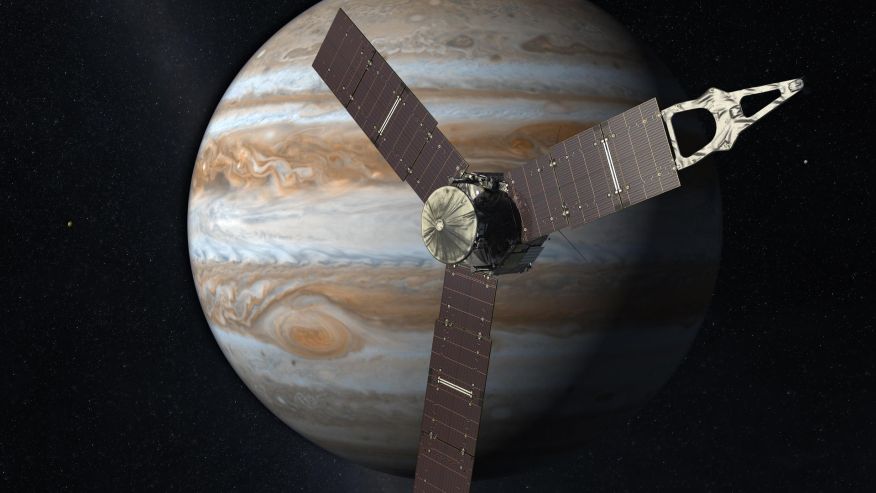 The Juno spacecraft orbiting Jupiter has discovered an FM radio signal coming from the moon Ganymede. The find is a first-time detection from the moon.

“It’s not E.T.,” said Patrick Wiggins, one of NASA’s Ambassadors to Utah. “It’s more of a natural function.”

Juno was traveling across the polar region of Jupiter — where magnetic field lines connect to Ganymede — when it crossed the radio source. Scientifically, it is called a “decametric radio emission.”

Here on Earth, we know it as Wi-Fi, and we use it every day.

According to Britannica.com, Jupiter’s radio emissions were discovered in 1955, and over the last 66 years, more and more discoveries have been made about how the signals work.

The spacecraft saw the moon’s radio emission for only five seconds. It was flying by at 50 km per second — a screaming 111,847 mph.