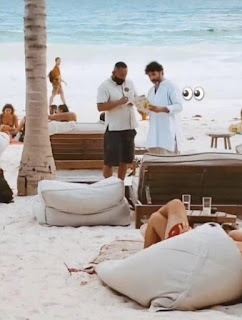 Where, oh where was Prime Minister Justin Trudeau during the Christmastime/New Year’s period?

Guy Annable of the Ottawa-based Capital Voice has a hunch. Guy thinks the PM may have flown south to a Caribbean destination, perhaps the Turks and Caicos Islands. Guy bases his hypothesis on diligently tracking flights out of Ottawa during this period, including federal government-owned jets. As well, he notes that in early January, an arriving government jet from the Caribbean landing in Ottawa was met by a five car motorcade. And really, how many people receive that kind of reception?

For what it’s worth, we reached out to the Prime Minister’s Office with a very simple question: did Justin Trudeau leave the country during the holiday period? Alas, we’re still waiting for the PMO to respond.

In the meantime, check out our interview with Guy Annable, and you be the judge: did Justin Trudeau stay at home during the Christmastime period — you know, like he told everyone else to do? Or did the PM sneak away for a little fun in the sun, a la former Ontario Finance Minister Rod Phillips? Check out the interview... and then place your bets!