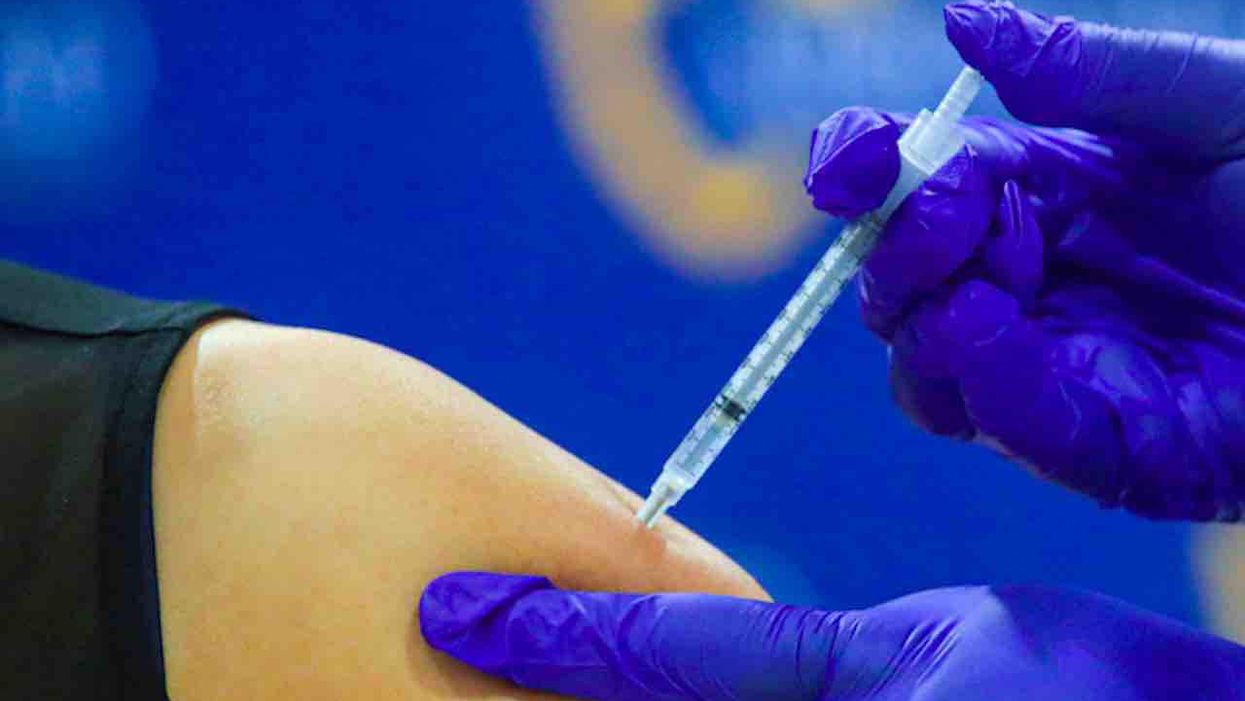 "Never been so excited to get a shot before," Zook wrote above a photo of a Band-Aid on his arm and his COVID-19 vaccination card, the paper reported. "I am now fully vaccinated after receiving my 2nd Pfizer dose."

Just a few hours later, Zook — an X-ray technologist at South Coast Global Medical Center in Santa Ana — had an upset stomach and trouble breathing, the Register said. By 3:30 p.m. his condition worsened so much that his co-workers walked him to the emergency room, the paper added.

"Should I be worried?" his wife, Rochelle, texted him when after receiving the news, the Register said.

"No, absolutely not," Zook texted back, the paper noted.

"Do you think this is a direct result of the vaccine?" she texted, the Register noted.

The Register said Zook "passionately urged folks to embrace COVID precautions such as masking up and staying home as ICUs were inundated in December."

More from the Register:

There were suspicions of COVID and a diagnosis of congestive heart failure. Zook was put on oxygen, then — just four hours later — a BiPAP machine to help push air into the lungs. Multiple tests came back negative for COVID.

Shortly after midnight on Jan. 7, the hospital called. Zook was in a medically induced coma and on a ventilator to help him breathe. But his blood pressure soon dropped and he was transferred to UC Irvine Medical Center. "On Friday I get a call, 'His kidneys are failing. He needs to be on dialysis. If not, he could die — but there's also a chance he might have a heart attack or stroke on dialysis because his blood pressure is so low,' " Rochelle Zook said.

By 4 a.m. Saturday, Jan. 9, Zook had gone "code blue" twice and was snatched back from the brink of death. There was a third code blue in the afternoon. "They said if he went code blue a fourth time, he'd have brain damage and be a vegetable if he survives," Rochelle Zook said.