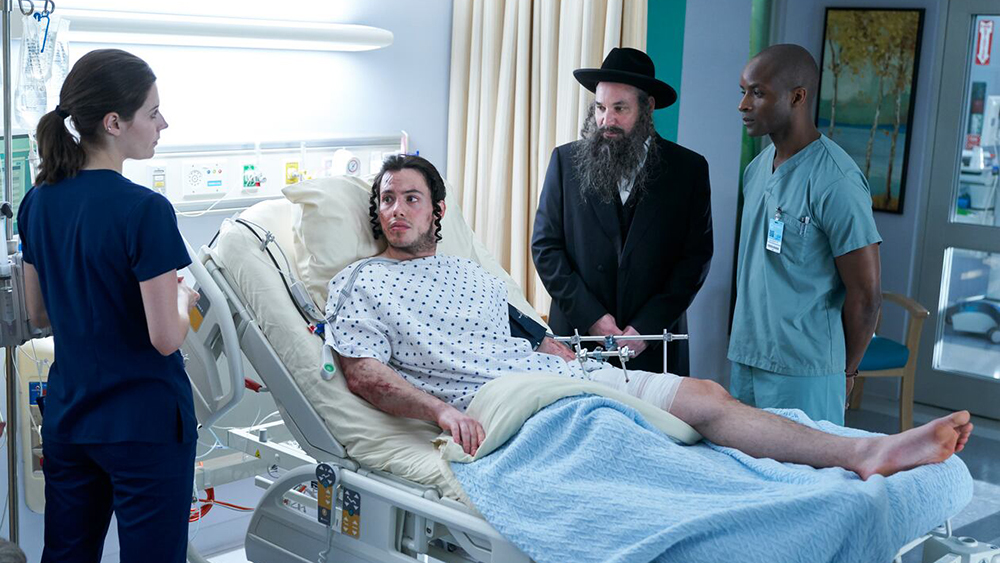 NBC has removed the “Nurses” episode “Achilles Heel” from digital platforms and future airings following backlash over a storyline involving a man from the Orthodox Jewish community.

The episode of the Canadian sitcom, which aired Feb. 9, contains a scene in which a young Orthodox Jewish man named Israel is hospitalized for a shattered leg. A doctor informs Israel and his father, who insists that “the Creator” will heal him, that Israel will require a bone graft, meaning part of a cadaver’s leg would be surgically inserted into his leg.

“You want to put a dead leg inside of me?” Israel asks the doctor. “A dead goyim leg — from anyone. An Arab, a woman,” his father replies. Then, a nurse chimes in: “Or God forbid an Arab woman.” Israel ultimately refuses the bone graft, saying that “It’s God who heals what he creates.”

However, in Orthodox Judaism, there are no specific restrictions regarding using a transplant from a cadaver in a medical situation.