Ontario man fined $3.8K at land border crossing amid confusion over who's 'essential' 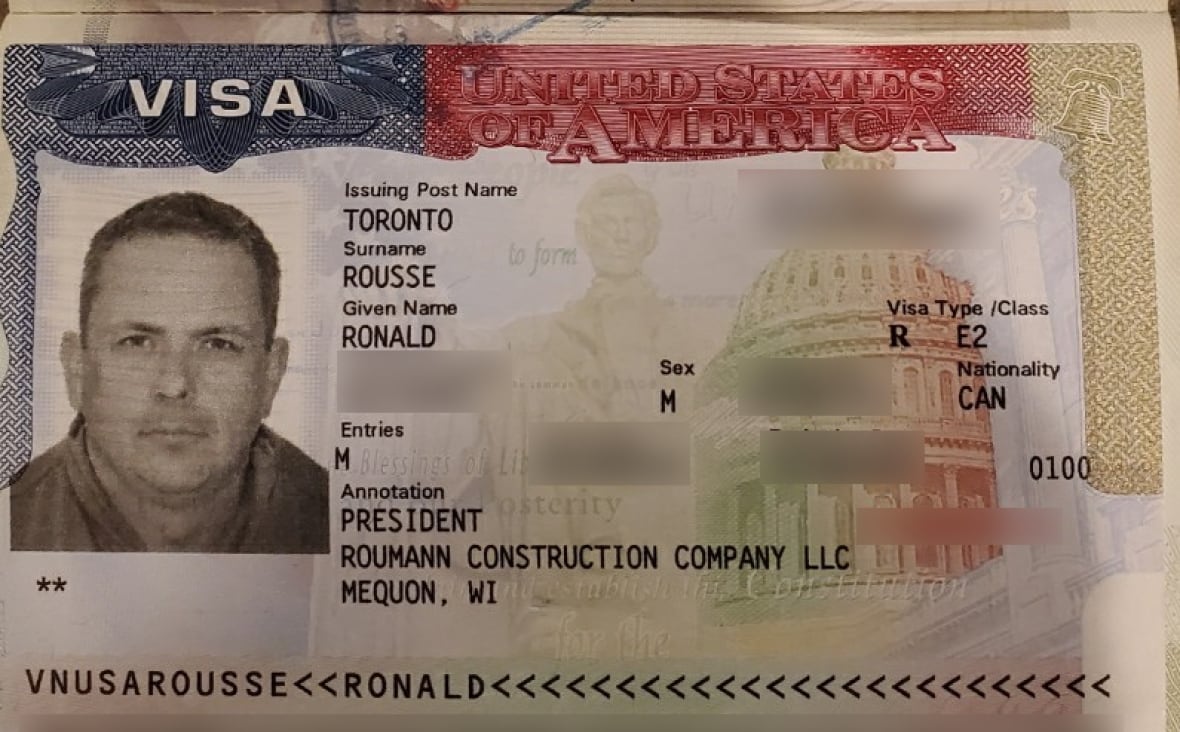 As the head of a construction company which operates primarily in the U.S., Ron Rousse of Belle River, Ont., has had no issues crossing the Windsor-Detroit border for work, even during the pandemic.

But that changed Tuesday when he was fined $3,755 for failing to comply with the Quarantine Act.

Rousse, president of Roumann Construction Company which is currently building a new grocery store in Michigan, says he normally crosses through the Windsor-Detroit Tunnel about once every two weeks — working from home whenever he can.

The fine confused Rousse. He thought he was an essential worker, and thus exempt.

But Rousse — who holds an E-2 visa allowing him to enter the U.S. for business purposes — was told by an officer with the Canada Border Services Agency (CBSA) that he was non-essential because he doesn't cross every day.

He says he was then pulled in to secondary screening, where he was met by two officials with the Public Health Agency of Canada (PHAC) who backed up the officer's reasoning.

"That was the only reason given multiple times — that you're not essential because you don't cross every day," said Rousse.

He says he was given two options: get a test in the U.S. and return with a negative result, or quarantine in a Toronto hotel for two weeks.

"I refused because, in my mind, I'm an essential worker," he told CBC News. "I need to run my business in the United States."

Though construction workers may be considered essential, it's less clear whether that would apply to a higher-up like Rousse.

Rousse says he was issued the $3,755 ticket by PHAC and sent on his way.

In a statement to CBC News, the CBSA said its officers "do not have the discretion" to exempt travellers from quarantine or testing, and that all rules are "explicitly stated within the Order in Council."

Frequency of crossing, it said, now affects whether one is exempt.

"The traveller must cross the border regularly to go to their normal place of employment and demonstrate a regular pattern of travel, which is generally defined as daily or weekly. The nature of their work does not impact this assessment."

PHAC says failure to present the required negative test result can result in a $3,000 fine or criminal prosecution.

With "applicable victim fine surcharge and costs," Rousse's fine amounted to $3,755, PHAC said in a statement to CBC News.

In Rousse's case, going back to be tested and wait for the results would have added up to two days to what was intended to be a four-hour work visit.

Rousse says his issue isn't whether he broke the rules but that the rules have changed and not been made clear.