Japan to end COVID-19 emergency in Tokyo despite rebound fears 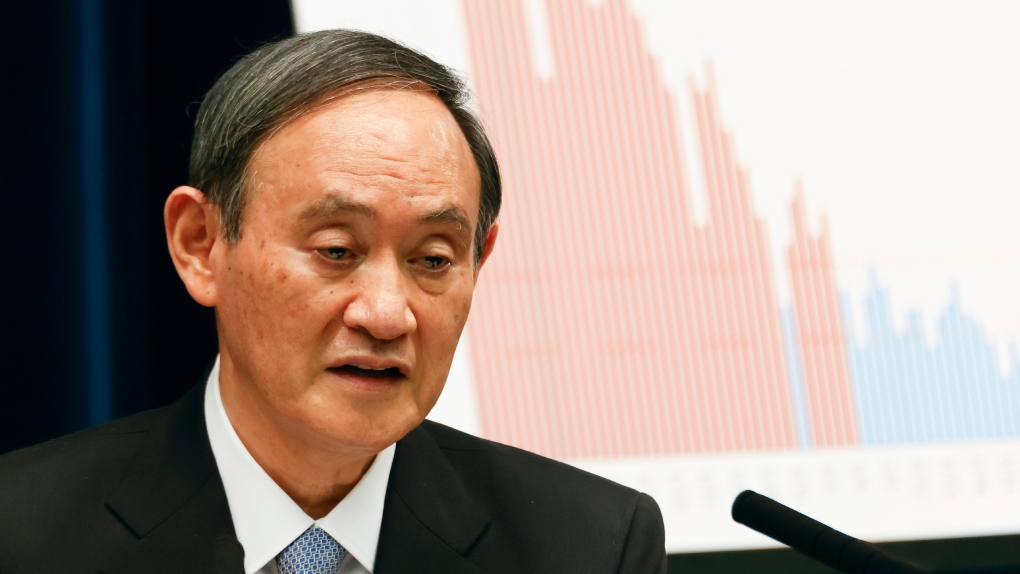 Japan said Thursday it would end a monthslong state of emergency in the Tokyo area set up to curb the spread of the coronavirus, despite concerns the spring party season and next week's Olympic torch relay could fuel a resurgence.

The emergency measures are set to be lifted on Sunday, Prime Minister Yoshihide Suga announced during a government task force meeting.

The move underscores the government's eagerness to minimize burdens on businesses and keep the economy going. However, some experts warned that although Tokyo has managed to bring down the rate of new infections, the decline has levelled off and could rebound.

Cautionary measures after the end of the emergency will be crucial, said Shigeru Omi, a doctor on a government panel of coronavirus experts.

"We must prevent a rebound of infections. We must avoid putting strains on the medical and public health systems like before," Omi said.

Tokyo and three neighbouring prefectures have been under emergency measures since Jan. 7, mainly requests for restaurants and bars to close at 8 p.m. and take preventive measures, as well as asking companies and employees to do more remote work. Similar emergency measures were lifted in six urban areas late last month.

Japan has managed to keep virus cases and deaths relatively low without enforcing a hard lockdown, with the Health Ministry tallying more than 8,700 deaths out of 450,000 total cases throughout the pandemic.

Suga said indicators such as daily new cases and hospital bed occupancy rates have come down to levels that allow the emergency to be lifted in Tokyo, Kanagawa, Chiba and Saitama prefectures.

Suga thanked people for coping with restrictions and sought their continuing co-operation, saying measures to prevent a resurgence still are necessary, as new cases in Tokyo are not declining steadily.

"In order to prevent the resurgence of the infections, we will do all we can to ... get the coronavirus under control while co-operating with local authorities," Suga said at a news conference. "It is my responsibility to protect the lives and health of the people."

Fears of a potential resurgence are rising outside the Tokyo area as well. The governor of the northern prefecture of Miyagi issued a non-binding local emergency after new cases spiked this month.

The prime minister said the government will expand testing and step up monitoring of new variants of the virus believed to be more contagious, while carrying out vaccinations safely and promptly.