Journalist calls on Biden admin to lift ‘media border ban’, says he was removed by law enforcement for photographing migrants 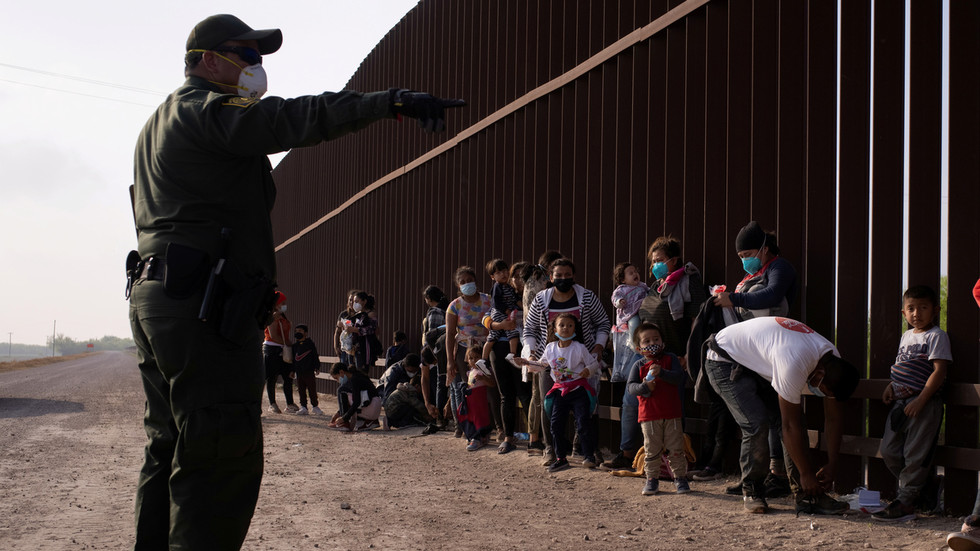 A photojournalist covering the crisis at the US-Mexico border has detailed the media blackout imposed on the area, which he says has included him being prevented from snapping images of struggling migrants.

“I respectfully ask the White House to stop the media border ban,” Getty Images special correspondent John Moore tweeted on Thursday, accompanying his text with multiple photos he took of migrants near the southern border.

Moore revealed that local law enforcement agents removed him from the area and prevented further pictures from being taken. According to Moore, the officers said they were doing so at the request of US Customs and Border Protection (CBP).

I respectfully ask the White House to stop the media border ban. I took these photos of migrants walking up from the border. I was later removed by local law enforcement, saying they were under orders from US Customs and Border Protection. #gettyimages#mediaborderbanpic.twitter.com/5Kbax8VU3w

In a follow-up tweet, Moore claimed “most border areas near the Rio Grande” are “completely off limits to media,” and officials are making it particularly difficult to capture and release images from inside currently overrun detention facilities.

The White House yesterday allowed one video camera into a sanitized detention facility, but no stills photographer, so no photographs. Meanwhile most border areas near the Rio Grande are completely off limits to media. #mediaborderban

In tweets earlier in the week blasting the Biden administration’s “zero access granted” strategy with the media, Moore, an award-winning photojournalist who has covered the southern border for years, revealed the contrast in press freedom afforded by previous administrations to that allowed by the current one.

“I have photographed CBP under Bush, Obama and Trump, but now – zero access is granted to media,” he tweeted.

I respectfully ask US Customs and Border Protection to stop blocking media access to their border operations. I have photographed CBP under Bush, Obama and Trump but now - zero access is granted to media. These long lens images taken from the Mexican side. @CBP#gettyimagesnewspic.twitter.com/cWa90TlfeS

The issue of transparency at the border, which is seeing a dramatic increase in migrant crossings, especially by unaccompanied minors, has become an especially hot button in recent weeks, as reports detail an out-of-control system. These have included whistleblower images released by Project Veritas from a Texas detention facility that seem to show minors being required to sleep on the floor covered only by foil emergency blankets, with thin sheets of plastic separating them from each other for coronavirus purposes.

The report also included allegations of physical abuse at the site, as well as migrants testing positive for Covid-19, based on information from an anonymous source.