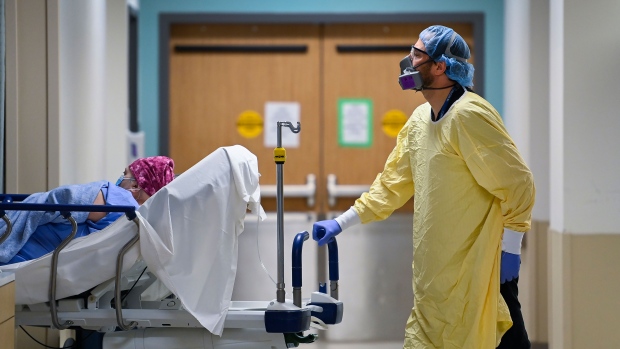 Ontario has entered a third wave of COVID-19, the province's hospital association says.

In a tweet published on Monday, the Ontario Hospital Association (OHA) said that variants of concern are steeply rising and the number of patients in intensive care is trending upwards.

The province confirmed 1,268 new cases of COVID-19 on Monday.

Meanwhile, Dr. Eileen de Villa, Toronto's medical officer of health, said Monday that she believes it's still too early to say if the province is in a third wave.

"Certainly, this is not the direction that we want to see the numbers go in," de Villa said. "But, as I mentioned, I think we have we actually have a great deal of control here. We know what actually makes a difference."

"This pandemic is not over. It will be, we are nearing the finish line but we aren't there yet."

Ontario's Chief Medical Officer of Health Dr. David Williams said Monday that the province is "into that base of a third wave" and that modellers are assessing the situation.

"What does that mean? How big it is? That's to be determined," Williams said.

Williams said that Ontario is now in a "race against time" with COVID-19 vaccine rates and variant of concern infections both increasing at the same time.