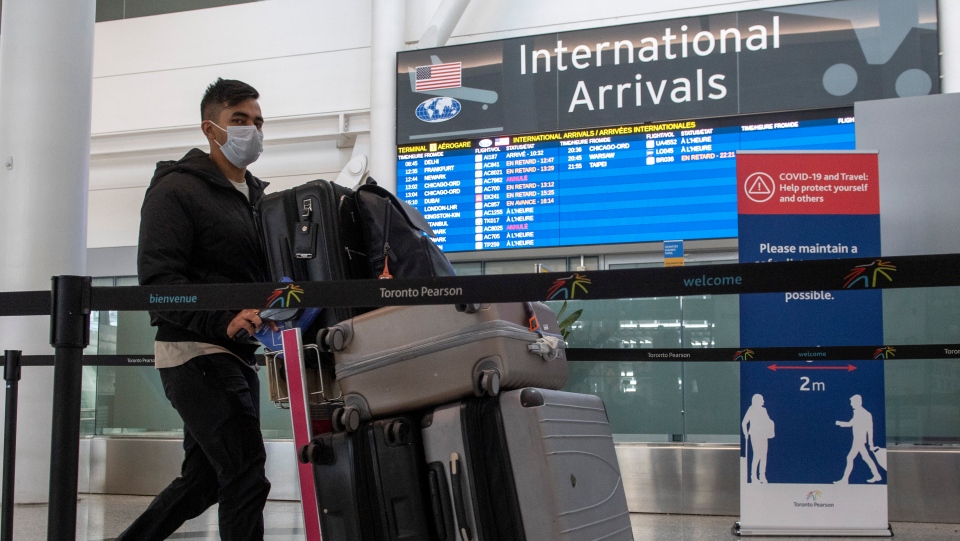 The federal government is imposing a 30-day ban on all commercial and private flights from India and Pakistan effective Thursday at 11:30 p.m. EST, as COVID-19 infections continue to surge in those countries.

Transport Minister Omar Alghabra said they are imposing the temporary ban as more passengers arrive in Canada with positive test results from those two countries.

Additionally, if travellers departing from those two countries take an indirect route home, they’ll be required to show a negative PCR test at their last point of departure. Once they arrive in Canada, they’ll follow the standard protocols, unless exempt, including taking another test and booking a stay at a designated government hotel while they await their result.

Alghabra said the government won’t hesitate to ban flights from other countries as the science evolves.

He also insisted that Canadians avoid “falling into the trap of blaming an identifiable group for causing COVID-19. We’ve seen this with Asian Canadians, we must reject scapegoating. This virus is not Chinese, nor is it Indian, it effects us all.”

“I want to say that our hearts are with the citizens of India, Pakistan, indeed the whole region during these incredibly difficult times. In the meantime, we’ll continue to apply stringent testing and quarantine measures for all passengers arriving in Canada,” she said.

India recorded the highest one-day tally of new COVID-19 cases in the world with more than 314,000 new infections reported on Thursday. The country, which is the second-most populous in the world, also reported 2,104 new deaths related to the virus, which is its highest in a 24-hour period. In total, India has had more than 15.9 million COVID-19 cases since the pandemic began – the second-highest amount after the United States.

The mounting cases have resulted in acute shortages of beds and medicine and low oxygen supply in a large number of hospitals, India’s health ministry said. In response, the government has been rushing oxygen tankers to replenish hospital supplies. There are also reports of overwhelmed crematoriums and morgues with bodies piling up outside on sidewalks.

There were 35 flights from India with at least one COVID-19 case on board that arrived in Canada in the last two weeks, according to the government.

In a letter addressed to Prime Minister Justin Trudeau earlier Thursday, Premier Doug Ford and Premier Francois Legault called on the federal government to reduce the number of international flights arriving in Canada and impose greater restrictions at the Canada-U.S. land border.