It’s time for Trudeau to reopen the border 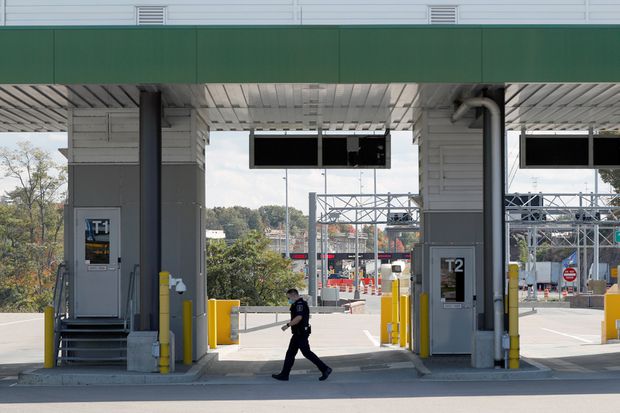 Canada has good friends in the United States. There are the northern governors, who worked tirelessly to keep the border open and trade flowing after the 9/11 terrorist attacks. There are the United Steelworkers union, which helped persuade former president Donald Trump to lift his steel and aluminum tariffs on Canada but keep them in place against China and others. And there are the members of Congress who blocked Mr. Trump’s efforts to cut a separate trade deal with Mexico, insisting the trade agreement that replaced NAFTA must include all three nations. And then there are many regional officials, cross-border business leaders, academics and think tank experts who have close ties to Canada and sympathy for Canadian concerns.

These friendships are more than sentimental – they have long allowed Canada to punch above its weight in the corridors of Washington and in state capitols. But the Trudeau government’s refusal, more than a year along, to even discuss a plan for reopening the closed border between the two countries is putting those friendships to the biggest test they have faced in decades.

Matt Morrison, chief executive officer of the Pacific NorthWest Economic Region, a Seattle-based group that promotes co-operation between government officials and business leaders across the border, has spent the past year pleading with the two governments to start working on a border plan. “I’m concerned about some of the long-term trust and relationships that are being eroded,” he said recently in a meeting organized by the Wilson Center’s Canada Institute, a Washington-based think tank.

Brian Higgins, the upstate New York Democrat congressman who co-chairs the northern border caucus, is as good a friend as Ottawa has in D.C. “The distance to Canada is now further than it has ever been in my lifetime,” he lamented last month, urging the two governments to develop a plan for reopening the border by this summer.

The concerns are both personal – the thousands of people cut off from family and friends – and economic. While trade has continued, many tourist and other service businesses on both sides of the border will not survive another summer shutdown. Isolated communities – such as Washington State’s Point Roberts, which is accessible by land only through Canada – are turning into ghost towns.

But Prime Minister Justin Trudeau doesn’t even want to talk about the problem. Looking closely, no doubt, at polls showing a strong majority of Canadians wants the border kept shut, Mr. Trudeau has only said that it will reopen “eventually, not today.”

Canada’s American friends are not blind to why Canadians wanted the border closed. The initial decision to halt all “non-essential” travel from the United States in March, 2020, as the COVID-19 crisis spread drew many sympathetic nods. It was obvious how Mr. Trump was mishandling the pandemic, endangering us and our fellow citizens. That Canada would want to insulate itself from irresponsible behaviour south of the border was entirely understandable.

What is indefensible is that more than a year later, with Americans having thrown out Mr. Trump for a responsible leader in President Joe Biden, Canadian officials are still refusing even to discuss plans for reopening. The U.S. failed terribly to contain the spread of COVID-19 but is now among the world’s leaders in vaccinating its citizens; every American who wants a shot will be eligible for one by May. With U.S. production ramping up, Mr. Biden has shipped 1.5 million doses north to help Canada with its anemic vaccine rollout, and more is certainly on the way.

It is long past time for the sort of high-level co-operation that took place in the aftermath of 9/11, when top officials from both governments worked hand-in-hand to bolster defences against terrorism without harming trade and travel across the world’s longest undefended border. This time, Mr. Morrison says, “it’s been way too long and there is nearly no movement.”

There is no shortage of good ideas, from schemes to co-operate on “vaccine passports” for cross-border travel to integrating advanced health screenings into trusted traveller documents such as Nexus. Even those Americans most eager to see the border reopened agree the steps should be incremental, with health risks top of mind.

The closed border is popular in Canada, and the Trudeau government will be criticized for any initiatives it takes toward reopening. But Canada has long thrived in North America because it has been masterful at managing relations with its larger southern neighbour. That means looking past the polls in order to nurture the friendships that Canada will need years and decades from now to keep pursuing its continental interests successfully.