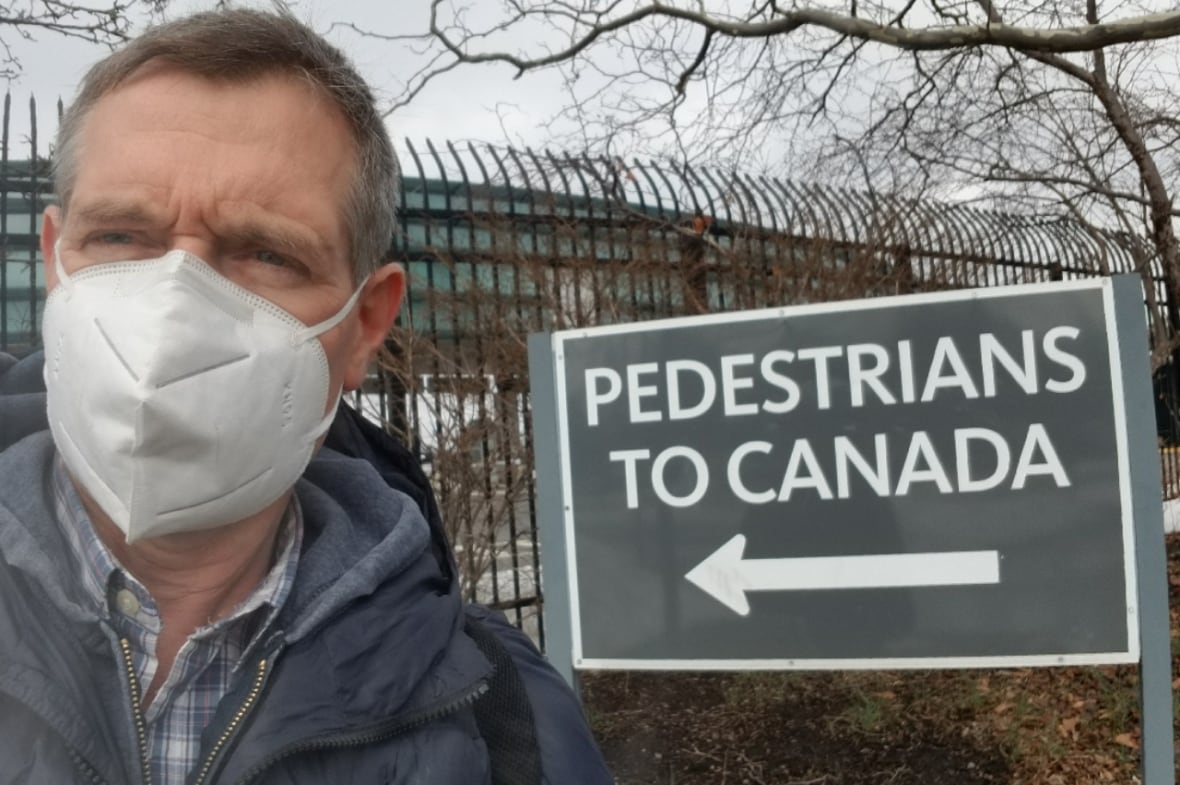 Greg Peacock walked across the Rainbow Bridge in Niagara Falls, Ont., and back into Canada with his three puppies in hand, pausing to take some selfies, but he didn't cross here for the view.

He chose this particular point of entry from the United States to avoid the mandatory three-day stay at a quarantine hotel that applies to air travellers entering Canada.

"I don't want to spend three days or whatever it is locked up at a hotel when I'm back in Toronto to do work," he said.

He's one of the many Canadians flying into U.S. airports close to the U.S.-Canada border and crossing by foot or hiring car services to drive them across in order to avoid staying at the quarantine hotels that are mandatory for air travellers.

Instead of flying directly to Toronto's Pearson International Airport, Peacock flew from Los Angeles to Buffalo, N.Y., took a cab to the border, walked into Canada and took the train to Toronto.

"It takes a little bit longer, but it's an adventure," he said.

Peacock told CBC News that he would quarantine once he got home.

Walking across the border isn't new or illegal, but it does contravene non-essential travel advisories and allows travellers to avoid staying in one of the federally sanctioned quarantine hotels that can cost up to $2,000 for a three-day stay — a requirement for those arriving by air.

The temporary measures and the Canada-U.S. land border closure, which went into effect in March 2020, have both been extended to May 21.

Peacock is not alone. Since the hotel rules came into effect on Feb. 21, nearly 20,000 people crossed the border by land (not including essential workers), according to a CBC News analysis of numbers provided by the Canada Border Services Agency (CBSA).

Whether Canadians return by land or air, if they are not essential workers or otherwise exempt, under federal guidelines, they must quarantine for 14 days, with air travellers spending the first three days at a hotel until they get the result of a COVID-19 test. Land travellers must go directly to their quarantine destination after crossing the border.

lthough land borders are closed to non-essential travel, all Canadian citizens have the right to enter Canada. But like air travellers, they need to present a negative COVID-19 test taken within 72 hours of arriving at the border and have a quarantine plan.

For those who travel from abroad via the United States, a negative test needs to be presented upon arrival in the U.S., according to the U.S. government, and again at the land border when entering Canada.

Travellers are also given a take-home test to be done on the 10th day of their return.

There are no exemptions for those who have already been vaccinated.