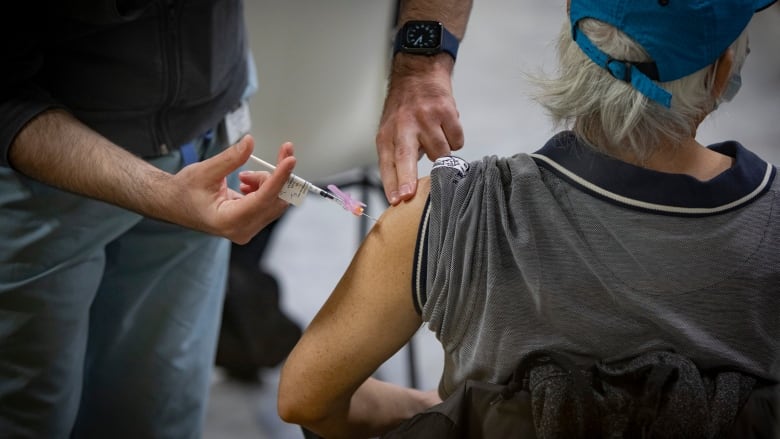 An Ontario man whose father suffered a severe stroke from a rare blood clot after receiving the AstraZeneca-Oxford COVID-19 vaccine is revealing new details about the condition for the first time in hopes of helping Canadians better understand the risk.

Vaccines are saving countless lives as Canada's third wave rages on, with more transmissible coronavirus variants spreading like wildfire across the country. But while the risk of adverse events tied to the shots are extremely rare — they can be very serious.

Kyle's father lives in Hamilton, Ont., and received his first dose of the AstraZeneca vaccine at the end of March. While the family initially breathed a collective sigh of relief that he was vaccinated against COVID-19, they were blindsided by what happened next.

His father, who is in his 60s and has underlying medical conditions including obesity, cancer and diabetes, seemed like a perfect candidate for the vaccine given his high risk of severe complications from COVID-19 and the fact that he often went into the office for work.

Kyle says his father developed strange symptoms almost two weeks after receiving the vaccine — including confusion, headaches and numbness on his left side.

His mother called 911 and took him to a southern Ontario hospital, where Kyle says health-care workers attributed his condition to his previous cancer diagnosis and he was sent home.

But his father then collapsed in the middle of the night and was rushed to another hospital where he was later diagnosed with a stroke caused by vaccine-induced immune thrombotic thrombocytopenia (VITT) on Monday after receiving the AstraZeneca shot.

"He's not doing well, but he's doing better than he was a week ago," Kyle said. "He's not on a ventilator anymore which is great but he has two clots in the brain, several others in the body and definitely had a severe stroke."