Ottawa will increase health transfers to the provinces after the pandemic, Trudeau says 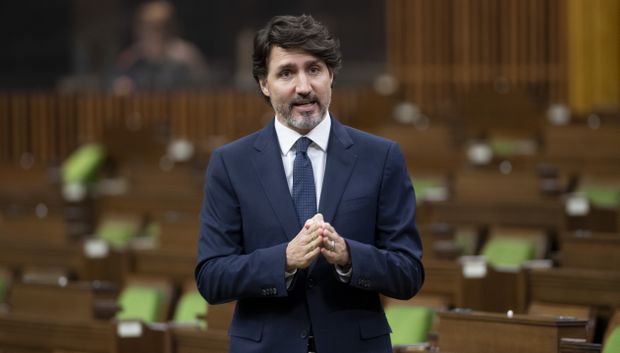 Prime Minister Justin Trudeau is promising to approve long-term increases to provincial health transfers once the pandemic is over, making the pledge a day after his government released a pandemic budget that will sharply increase the size of the federal debt.

Provinces and opposition parties seized on the lack of new funding for the Canada Health Transfer as one of the main criticisms of Monday’s federal budget. The government’s plan revealed that emergency pandemic spending will push the 2020-21 deficit to $354.2-billion, followed by a $154.7-billion deficit in the current fiscal year, increasing the federal debt to $1.2-trillion.

Throughout the pandemic, Canada’s premiers have urged the Liberal government to approve a major increase in the Canada Health Transfer. The transfer is worth $43.1-billion this year and grows by at least 3 per cent a year under the current formula. Provinces say those increases do not keep pace with the rising costs of health care, particularly as demographic shifts lead to a higher proportion of older Canadians in need of services. The provinces point to studies by the Parliamentary Budget Officer, who says federal finances remain sustainable but provincial budgets, on average, are not.

Several provincial premiers and finance ministers noted their disappointment that Monday’s budget did not include new health transfer funds.

Speaking with reporters Tuesday, Mr. Trudeau noted that his government has approved billions of dollars in special transfers to the provinces for pandemic-related health costs and is also covering the cost of COVID-19 vaccines.

“We have committed that we will increase transfers to the provinces, recurring and long term. But the decision about how much, and how to exactly do that, we have decided needed to wait until we’re through the worst of this crisis,” he said. “We are there to support Canadians through the provinces with massive transfers right now in this crisis on health care. And we look forward to discussions about how we can make more investments for the long term.”

During the first day of debate on the budget in the House of Commons on Tuesday, opposition MPs said the government should have increased transfers.

Conservative Leader Erin O’Toole led off Question Period in English by criticizing the government’s handling of vaccines. Then in French, he noted the Quebec government’s disappointment that the budget didn’t increase the Canada Health Transfer.

“No help in the budget for health care in the middle of a third wave. Why is the government spending for elections and not the health care of Canadians?” Mr. O’Toole asked.

“That’s completely false,” Mr. Trudeau replied in French. “I note that in English he talks about how we are spending too much. And in French, he says, ‘Oh, no. You should be spending more.’ The reality is we’ve transferred billions of dollars to the provinces to help during the pandemic for health care and we continued that in the budget. ... Over the long-term, yes we will increase health transfers.”

NDP Leader Jagmeet Singh said in the House that the budget did not include any major new funding for pharmacare, even though the Liberals had pledged to move in that direction.

“The Liberals and this Prime Minister ran on universal pharmacare in 2019. They included it specifically in the Throne Speech, but had no qualms to completely abandon it in this budget,” said Mr. Singh. “Herein lies the problem with the Liberal budget: There are a lot of nice things that they are saying, but ... they do not actually follow through on them. The problem is, when they do not follow through ... people who need this help get hurt.”

“As provinces and territories continue to struggle with the ever-increasing cost of providing care, the federal government must follow through on its own promise to work with premiers on revisiting the Canada Health Transfer. Without this collaboration, our health care system, which has been put through the ultimate stress test, will struggle to recover,” said Dr. Collins.