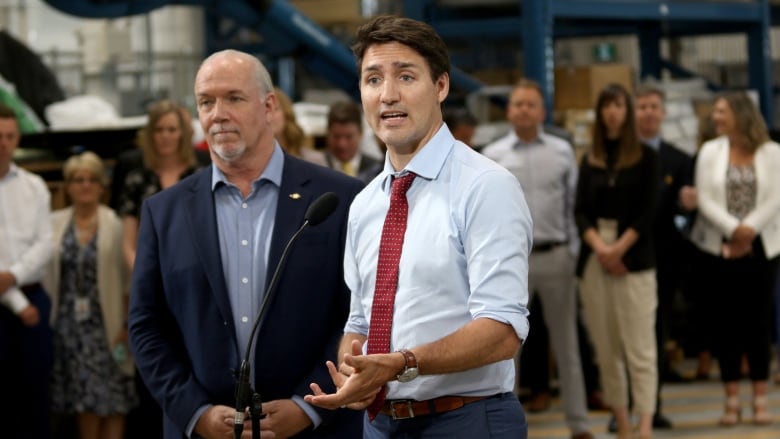 The Prime Minister says he's supportive of provinces and territories closing their borders in order to protect their residents from the spread of COVID-19.

Justin Trudeau's comments to CBC Radio came a day after B.C. Premier John Horgan indicated he is considering restricting travel to and from the province to help stem the third wave of the pandemic.

Trudeau, asked Wednesday on CBC's Daybreak South whether he would support such a move by Horgan, said he has already backed similar pandemic travel restrictions elsewhere in the country.

"Every step of the way, I've been supporting premiers and territorial leaders on what they need to do to keep people safe," the Prime Minster said.

He said the federal government's role is to help make those decisions easier for provinces by providing income assistance and financial supports for businesses.

On Tuesday, Horgan told reporters the possibility of travel restrictions will be discussed Wednesday by the provincial cabinet. Those talks will also likely examine the status of bookings for hotels, bed and breakfasts and camping sites.

The premier said Henry will provide any update of possible new restrictions Thursday, during a briefing in which the province's latest COVID-19 modelling data will be presented.

Tuesday's announcement was made less than a week after Horgan told CBC's On The Island he had no plans to further restrict travel, at least within B.C. — and that while it was "absolutely outrageous" for people to be travelling between the B.C. mainland and Vancouver Island, and while he did have the power to restrict ferry travel, he was not planning to.

"What do we do? Arrest them?" said Horgan about people choosing to vacation while the coronavirus continues to spread.

More than 1,500 people have died in B.C. due to COVID-19 and case numbers and hospitalizations have surged in recent weeks. Provincial Health Minister Adrian Dix has warned high occupancy rates are beginning to affect the surgical capacity of local hospitals in some parts of the province.