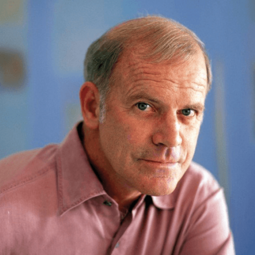 Kary Mullis, who won a 1993 Nobel Prize for inventing the polymerase chain reaction (PCR) testing process later used to diagnose Coronavirus cases, said that Dr. Anthony Fauci lacks knowledge of medicine and is willing to lie on television. Mullis also admitted in another set of videotaped remarks that a PCR test “doesn’t tell you that you’re sick.”

Dr. Anthony Fauci has served as director of the National Institute of Allergy and Infectious Diseases (NIAID) since 1984 and is currently the highest-paid United States federal government employee. Fauci has run point on the federal government’s response to the Coronavirus outbreak as the national small business economy has suffered massive damage due to oppressive government lockdowns. Mullis, who died in 2019, was on to Fauci’s duplicity years ago

Kary Mullis stated in a resurfaced video interview: “Guys like Fauci get up there and start talking, you know, he doesn’t know anything really about anything and I’d say that to his face. Nothing. The man thinks you can take a blood sample and stick it in an electron microscope and if it’s got a virus in there you’ll know it. He doesn’t understand electron microscopy and he doesn’t understand medicine and he should not be in a position like he’s in. Most of those guys up there on the top are just total administrative people and they don’t know anything about what’s going on in the body. You know, those guys have got an agenda, which is not what we would like them to have being that we pay for them to take care of our health in some way. They’ve got a personal kind of agenda. They make up their own rules as they go. They change them when they want to. And they smugly, like Tony Fauci does not mind going on television in front of the people who pay his salary and lie directly into the camera,” Kary Mullis said.

The CDC is now legally requiring red-blooded Americans to wear face masks on all public transportation as globalists try to push the concept of “double-masking” on the populace. Since the election, the World Health Organization admits that PCR tests are not totally reliable on the first try and a second test might be needed. This corresponds with CDC’s quiet admission that it blended viral and antibody test results for its case numbers and that people can test positive on an antibody test if they have antibodies from a family of viruses that cause the common cold. Hospitals in Florida had so many accuracy complications that Orlando Health had to admit that its 9.4 percent positivity rate got recorded at 98 percent.