What are Trudeau’s own plans for the Canada-U.S. border closure? 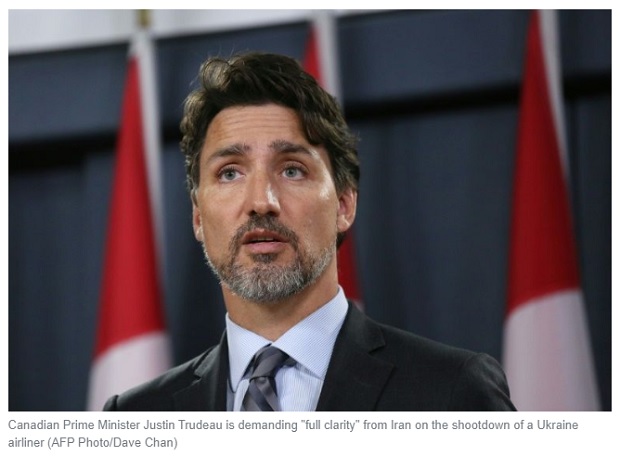 American lawmakers have so far spearheaded the push to get Prime Minister Justin Trudeau to ease pandemic restrictions at the Canada-U.S. border.

But as more Canadians are vaccinated the pressure is now coming from within Trudeau’s own Liberal caucus.

Longtime Liberal MP Wayne Easter, who chairs the House of Commons finance committee, told POLITICO on Thursday that the Trudeau government must lay out a border reopening plan — and soon.

“As you get into July 1, Canada Day, and July 4, Independence Day, then those target dates are real pressure points for wanting to be normalized,” Easter, who co-chairs the Canada–U.S. Inter-Parliamentary Group, said in an interview. “The heat’s on, and I think we absolutely must have a plan.”

The frontier: Canada-U.S. land crossings have been shuttered to nonessential travel since March 2020. The neighbors agreed last week to keep the restrictions in place through June 21.

But as vaccination numbers rise, June 22 could be a different story.

Rep. Henry Cuellar (D-Texas) told POLITICO this week that U.S. authorities are poised to begin lifting restrictions at both American frontiers in June. “All indications are they’ll open up next month,” said Cuellar, whose district is adjacent to the Mexican border. “We’re almost there. But I don’t know if they’ll do it all at once or take a phased approach.”

The plan: Easter said Canada is approaching the border with more caution. Asked whether Canada could start opening things on June 22, he said it will depend on the evolution of the pandemic and vaccinations on both sides.

By June 22, however, Easter said it will be crucial to provide the public with timelines and benchmarks.

“You need to lay out the plan regardless of that uncertainty. People need to know where they’re going. They need to be given that hope,” Easter said. “It’s absolutely essential at that point that the plan is completely laid out.”

Canada, for example, has caught up to the U.S. on administering first doses of the vaccines, but trails when it comes to the percentage of people who have had both jabs. As of Thursday, more than 53 percent of Canada’s population had received at least one dose, while just 5 percent were fully vaccinated.

Seeing beyond the Ottawa bubble: The lack of a plan, Easter argues, is partially due to lawmakers’ shift to virtual gatherings during the pandemic. Caucus meetings by Zoom just haven’t been the same, he added.

“You can’t rub shoulders … and say to somebody, ‘Look, this is the issue and let’s get on it together today and put the pressure on,’” said Easter, who adds many Americans own properties in his Prince Edward Island constituency and often spend up to five months there every year.

“You have, to a certain extent, the Ottawa bubble mentality and that can be part of the problem. Same as the Washington, D.C., mentality — it’s two different worlds. I say both [are] a bubble in which reality or common sense doesn’t exist.”

Easter also said he believes Canada has yet to unveil a plan because of the “flux and uncertainty” of the pandemic. The province of Manitoba has been struggling with a surge of Covid-19 cases. Much larger provinces, like Ontario, are still under stay-at-home restrictions.

Cross-border discussions: Last week, Easter co-chaired a meeting of the Canada–U.S. Inter-Parliamentary Group that focused on a number of issues, including the safe reopening of the border. The U.S. participants included Sens. Amy Klobuchar (D-Minn.) and Mike Crapo (R-Idaho).

He said the Americans in the meeting wanted to apply more pressure on the U.S. and Canadian governments to begin removing border restrictions.

“They’re putting the heat on their administration and also trying to put some heat on ours as well,” he said, adding he thinks it’s resonating with Trudeau’s ministers. “I talk to cabinet ministers in various caucus meetings. The discussion is ongoing, it isn’t a moot point. There [are] discussions among cabinet circles on how do we do this. That’s a good sign.”

The American pressure has raised the prospect the U.S. could start to reopen the border before Canada.

A senior Canadian government insider recently said official-level discussions on the border are underway and no decisions were expected in the short term. The insider also said the rules may loosen as the summer progresses.

Trudeau has suggested that at least 75 percent of Canada’s population needs to get their first shots and 20 percent will need their second doses before the country will start loosening public health restrictions. He has not provided detailed guidelines for the border.

The prime minister is still facing domestic pressure. For example, provincial leaders like Ontario Premier Doug Ford have urged him to keep border measures in place.

The political squeeze: The restrictions have affected businesses, tourism and family reunification on both sides of the border. But so far most of the public pressure has come from the U.S.

Rep. Brian Higgins (D-N.Y.), co-chair of the Northern Border Caucus, has been among the most vocal lawmakers pushing President Joe Biden and Trudeau. He wants border measures lifted for those who have been fully vaccinated.

Easter said the political squeeze from the U.S. has been stronger in large part because in Canada public health officials and the media have contributed to a greater “fear factor” around the pandemic.

“We’ve done a pretty good job of creating fear on the Canadian side,” he said, noting he understands the goal was to get people to stay home. “If you were ever to watch [the Canadian Broadcasting Corporation] for a 16-hour period, you’d be depressed.”