Why I won't mock Doggie's Avatar 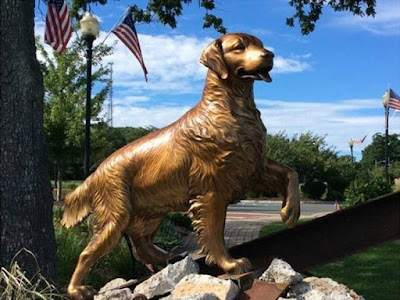 I won't mock Doggie's Avatar by making a Mybitch MEME because it is a statue representing the heroic rescue dogs that worked tirelessly saving countless people from the rubble of the 9/11 Twin Towers attack.

This is the dog the statue is modeled from.  Comforting a rescue worker, I believe this is the dog Bertagne referred to in the article. 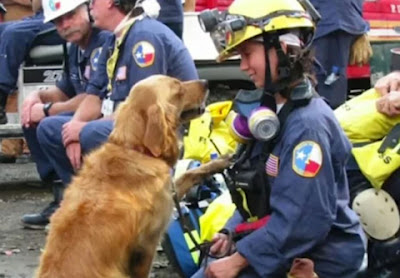 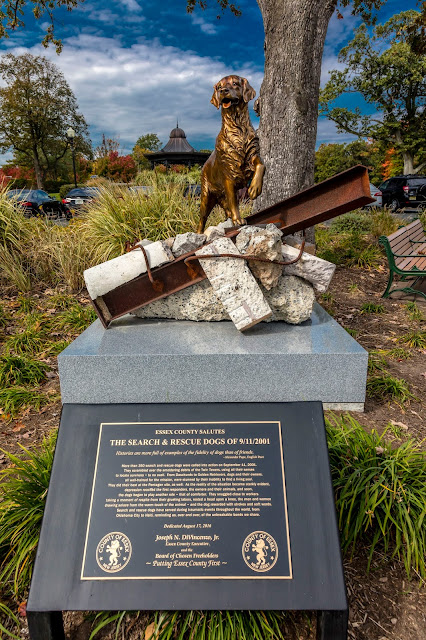 The Plaque in enlarged so us old folks can read it. 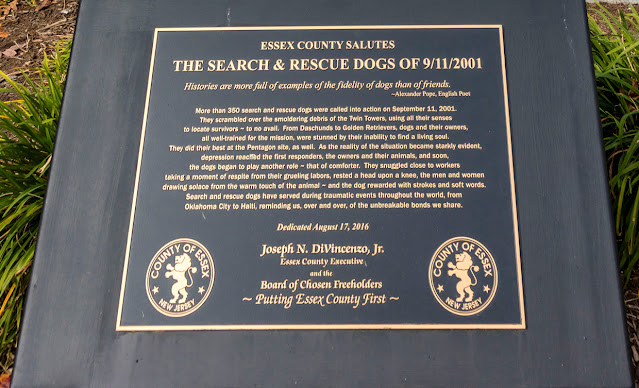 In a press release for the commemoration of the new statue, Newark Public Safety Director, Anthony Ambrose said:

"Search dogs covered 16 acres of land at Ground Zero covered with metal and debris, and went where humans could not go. This is a fitting way to remember how many families gained some sort of closure because of the work by dogs."

The presence of the dogs at the recovery sites had an even greater impact than many may realize. Dutch photographer, Charlotte Dumas is the author of the 2011 book, Retrieved featuring the stories and portraits of 9/11 canines. She interviewed Denise Corliss, handler of famous 9/11 FEMA Search Dog, Bretagne. Dumas recounted an emotional narrative from her time with Corliss to Daily Mail UK:

“She told me a touching story of one fireman who was there in the rubble, and how taken he was with Bretagne who comforted him as he sat down to catch his breath. Years later at a Remembrance Ceremony, the same fireman recognized Bretagne and her handler and they had a touching reunion. It developed that even though the dogs couldn't find people still alive, they could provide comfort for the brave firemen and rescue workers of the emergency services.”