‘Don’t Overthink It’: A Guide to Getting Your Second Dose 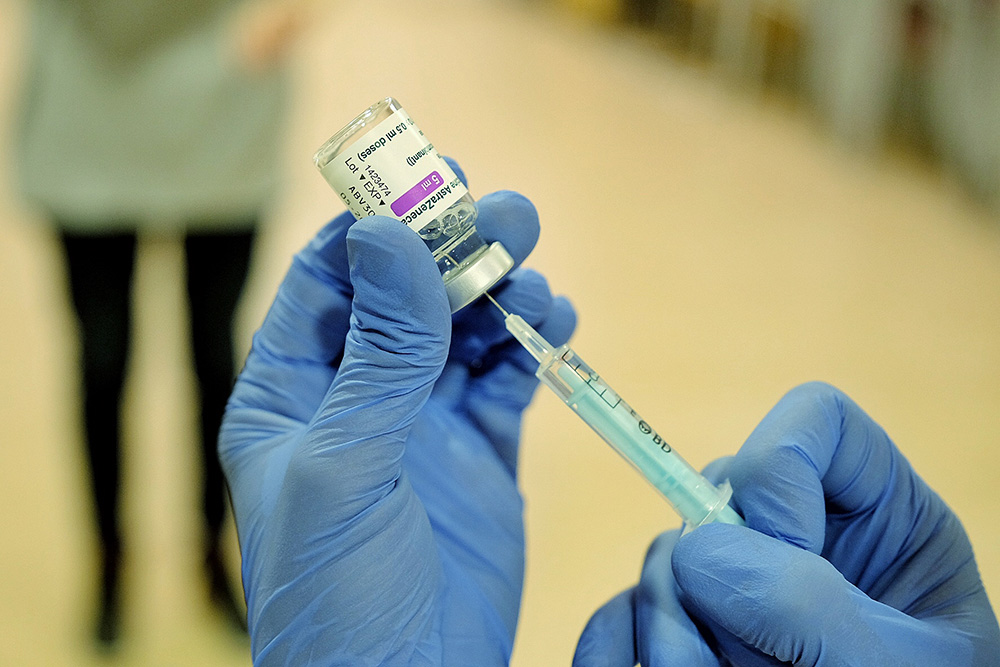 If you’re among the 280,000 British Columbians who received AstraZeneca as their first vaccine dose, the chance to choose your second dose could feel more confusing than empowering.

Our Builders are foundational to our growth and future success. A note of gratitude from our team.

Thankfully, whether you choose a second dose of AstraZeneca or an mRNA vaccine like Pfizer or Moderna, “both options are solid,” said Dr. Alexander Wong, an infectious diseases specialist at the University of Saskatchewan.

“Getting a second dose of any kind is critical,” said Wong, particularly as the highly-transmissible Delta variant takes further hold in Canada.

At least 500 cases of the variant have been identified in B.C. so far, and second doses of any vaccine have shown marked increases in protection against it.

More than 3.8 million vaccines had been administered in B.C. as of yesterday, enough to give 72.8 per cent of eligible people 12 and over at least one dose. Just eight per cent of people have their second shot, a number that will increase quickly as B.C. shortens the interval between doses to eight weeks.

Join us and grow independent media in Canada

People have the option of choosing a different vaccine for their second dose, a choice that’s challenging for many people.

Wong said it makes sense to let people make their own choices.

“Trying to balance all of those risks and benefits is difficult to do at a population level, because everybody is going to weigh certain risks and weigh certain benefits perhaps differently,” said Wong.

With an increased supply of mRNA vaccines, particularly Pfizer, B.C. health officials said they hope providing a second dose choice will encourage people to get the essential shot to protect themselves and those around them.

If you’re confused about which second dose option will be faster, safer or best for you, here are four things to consider.

Both choices are safe and effective

Small studies have shown mixing and matching a first dose of AstraZeneca with a second dose of Pfizer is safe and at least as effective at increasing COVID-19 antibody levels as two doses of AstraZeneca, sometimes producing double the level of antibodies.

There were no increased side-effect risks, including blood clots or other serious outcomes, found when mixing vaccines, either.

But because there hasn’t been enough time for long-term clinical trials to compare COVID-19 infection, transmission, hospitalization and mortality outcomes between vaccine combinations, we don’t yet know how mismatched vaccines may protect people in the long-term.

Still, antibody levels are a strong proxy for immune protection, Wong said, and studies suggest mixing provides levels at least as high as with a double dose of AstraZeneca.

In a recent article for the Conversation, Wong detailed the findings and the value of the data for each option.

Ultimately, he concluded there’s little reason to prefer either two doses of the same vaccine or a mix, and coming evidence could strengthen the case for mixing vaccines soon.

“There’s not much practical difference in the end.”

Blood clots are serious, but a very rare occurrence

AstraZeneca was briefly halted in Canada for people under 55 as a result of concerns around a very rare blood clot risk caused by Vaccine-Induced Immune Thrombotic Thrombocytopenia.

The risk is about one in 600,000, and it doesn’t increase between the first and second doses. Across nearly 2.3 million AstraZeneca first doses administered in Canada, there were 42 reported cases of VIIT and five people died.

For comparison, up to one in 100 people taking hormonal birth control develop a blood clot over 10 years. And for cases of COVID-19 that are hospitalized, the risk can be as high as one in 20.

Deputy provincial health officer Dr. Réka Gustafson told The Tyee this week that there are no identified factors that would put someone at greater risk of a blood clot from AstraZeneca. The only time an individual would be advised not to take a second AstraZeneca dose would be if they had developed VITT after their first dose, she said.

Wong noted that taking an mRNA as a second dose eliminates the chance of VITT entirely, but that it is very low regardless.

Neither is faster, but the AstraZeneca supply is already here

Maybe that small outdoor wedding you’re going to later in the summer motivates you to simply take the earliest shot to ensure full vaccination as soon as possible.

There is no way to know which option will be faster for you, because the two vaccine groups are on parallel streams. Pfizer and Moderna are being administered through vaccine clinics, while AstraZeneca second doses, just like first shots, are being given through pharmacies.

Pharmacies are asking you to wait for them to contact you before reaching out. So if you’re already registered in the province’s system, (as everyone should be), you’ll either get a text to sign up for an mRNA shot or a call from the pharmacist first. Then you can decide if you’d rather wait for the other option or take the first shot offered.

Even if you feel your personal exposure risk is very low, Wong said to pick the shot you are comfortable taking as soon as it is offered.

Declining case numbers are encouraging, Henry said, but nearly 100 per cent are now variant cases. Second doses are essential to protecting against new strains in particular and shouldn’t be delayed.

Canada already has enough (and more!) AstraZeneca vaccine to give everyone who received a first dose their second shot, while Pfizer and some Moderna continue to be delivered weekly.

One may suit your schedule better

If you didn’t have side effects from your first AstraZeneca vaccine, like a headache, chills, fatigue or sore arm that many reported with Pfizer or Moderna, you may choose a second dose of AstraZeneca to avoid them the second time around.

BC Steps Up Pace for Second COVID Vaccine Doses

That could mean not having to miss work, lose pay or use sick days if you have them. But if you’d prefer to eliminate the risk of a blood clot by taking mRNA, you may have to take some time off work or miss social events if you’re not feeling well after your shot.

The choice between two vaccines is a luxury much of the world can’t imagine, and particularly the Global South where the virus is still raging.

“It’s extremely privileged that we are to be in a situation where we have such a surplus of vaccines,” said Wong. Canada’s wealth allowed it to purchase vaccines at a high price, after failing to push for an agreement to waive vaccine patents to make them more affordable for poorer countries.

The important thing is that Canadians not let guilt or fear paralyze them from making a choice at all, says Wong.

“Just go with your gut, don’t overthink it, and get your second dose ASAP.”