Chris Sky storms out of interview with David Menzies 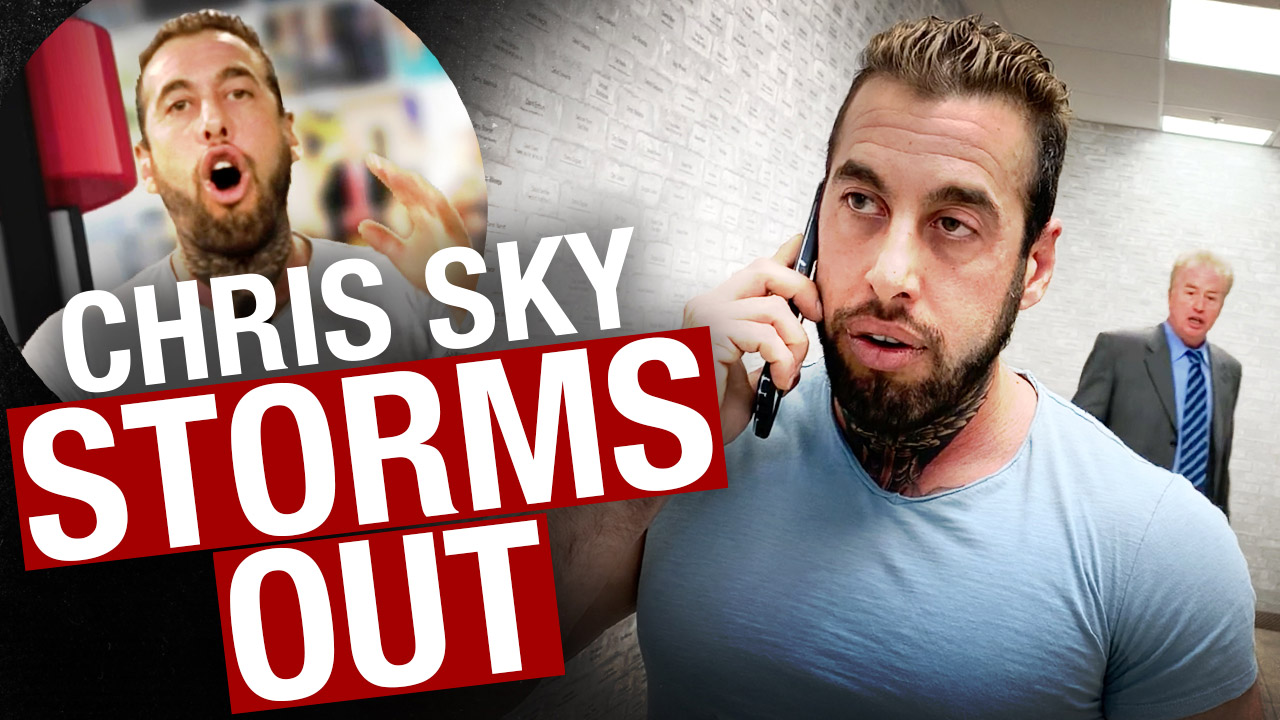 It’s been a wild few months for Chris Sky, a.k.a., Chris Saccoccia, one of the most flamboyant personalities associated with the anti-lockdown movement.

In May, the Toronto Police Service announced they were charging Sky with five criminal charges, including three counts of uttering death threats; a charge of assaulting a police officer, and a charge of dangerous operation of a conveyance (the allegation being that Sky tried to injure a police officer with his vehicle).

None of these allegations have been proven in court and Sky vehemently denies them.

In this interview, Sky and I discuss his relationship with Rob Carbone, the leader of something called the Republican Party of Canada. At one point, these two were very close; indeed, Carbone said he was actually planning on adopting Sky as his son, and pledged to make Sky the Minister of Finance in the highly improbable scenario of his Republican Party winning the next federal election.

But these days, the bloom is off that rose, for it was Carbone that made the complaint to authorities that Sky had allegedly said he was going to assassinate Premier Ford and other leaders.

We also discussed what happened during the second annual Dominion Day Rally in Ottawa on July 1. It seemed that there were some organizers that did not want Sky to speak to the crowd that had gathered on the lawns of the Supreme Court of Canada.

Are there now serious factions within the anti-lockdown movement? Are egos getting in the way of what should be a common goal — namely, ending the lockdowns?

Also up for discussion: old social media postings that have led to accusations that Sky is a Holocaust denier. In one post, Sky stated:

6 million Jews were murdered is the biggest lie created in the history of fake Jew history.

Sky’s critics have also accused him of being anti-black, anti-gay, and anti-Muslim, based on other social media posts from years ago.

Alas, at this point in the interview, Sky stormed out of the studio.

Which is unfortunate, but we harbour no grudges: if Sky would like to come back and finish our interview, he is more than welcome to do so.