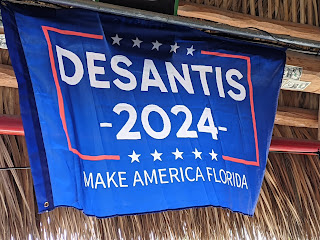 Republican Florida Gov. Ronald DeSantis welcomed police officers from other states to come and work in Florida on Monday, saying his state has a healthier work culture for law enforcement than others and will back the blue.

“If you have a chance to do law enforcement in Florida versus some of these other jurisdictions, you’re much better off in Florida because we’ll actually stand by law enforcement,” DeSantis said during a speech at Green Cove Springs, according to Florida Politics.

DeSantis listed the lack of support for law enforcement, along with “weak policies where you’re letting people out” and not “prosecuting people who are committing habitual offenses,” as the factors fueling “huge spikes in crime in many parts of the country.”

Lee County Sheriff Carmine Marceno told WBBH-TV in Fort Myers that he had received inquiries about openings from across the nation.

“Other officers in New York and different places ask if we have any openings. They want to transfer down,” Marceno told the outlet.

“No one wants to work where they’re not supported,” he said.

“We have some vacancies but we’re not looking to just fill a vacancy. We’re looking for the right people and we’re not going to lower the bar,” Marceno added.