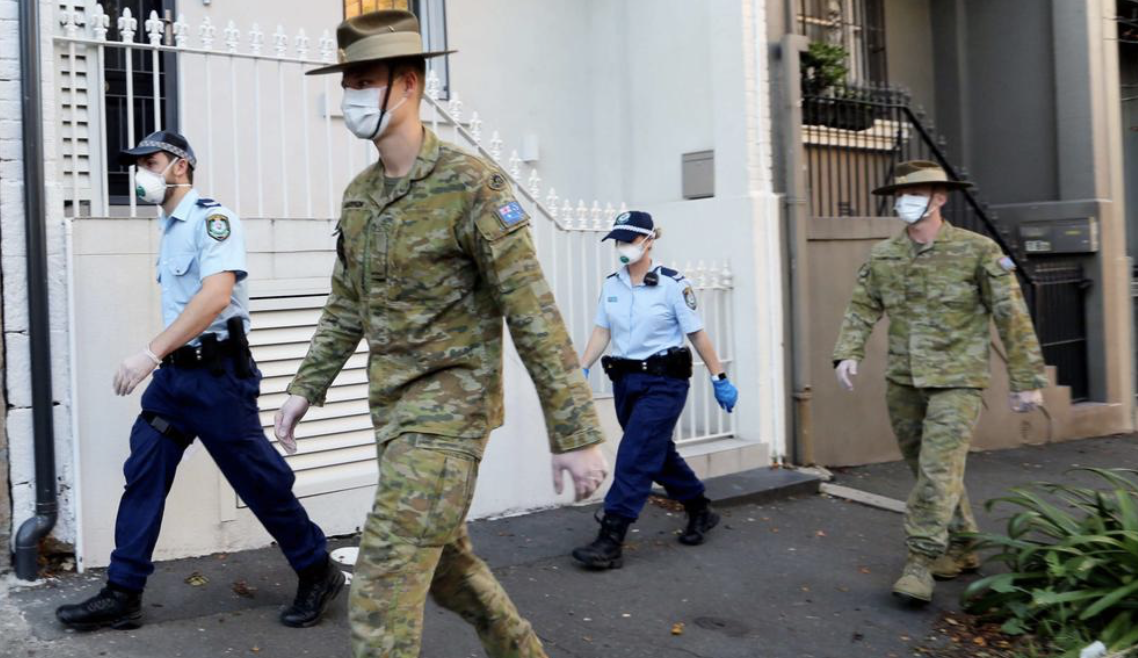 Fuller made a formal request to the federal government, seeking assistance to enforce the state's Covid compliance operation.

NSW Premier Gladys Berejiklian had previously rejected offers from the federal government, but with the threat of further protests, NSW has accepted the help.

Major anti-lockdown protests last Saturday saw thousands of frustrated residents flood the CBD, demanding freedom from government health orders. As there is no protest organiser to take to court, the NSW government has focused on pursuing anyone who breaks Covid health directions. Thousands of tip-offs have been sent in from members of the public.

The decision to use the ADF in a visible role is likely to cause controversy, given there is a great deal of difference between the Army assisting with floods and bushfires compared to policing Australian citizens.

Australians are not accustomed to heavy a police presence on their streets, let alone the use of the army outside their doors. The issue is particularly fragile given the large amount of civil resistance to health orders which have been creating financial havoc in NSW, costing the state $2 billion a week.