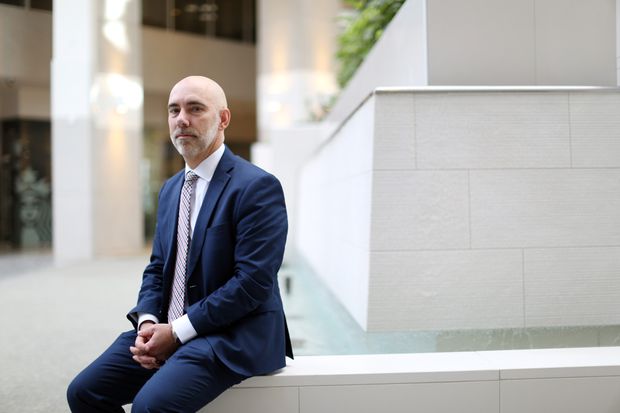 A one-time tax on Canadians with more than $10-million in net wealth would generate about $60-billion in new revenue, according to a new report by Parliamentary Budget Officer Yves Giroux.
The research was conducted at the request of Liberal MP Nathaniel Erskine-Smith, who supports the idea even though it is not an official policy of the governing Liberals.
Mr. Erskine-Smith said on Thursday that he hopes the findings encourage more debate about new taxes on extreme wealth to pay for government services.
“We’ve just lived through a pandemic that has disproportionately and negatively affected so many at the bottom, and yet disproportionately benefited so many at the top,” he said. “Billionaires, after a one-time wealth tax like this, are still going to have enough money to go to space.”
Mr. Erskine-Smith’s reference to the recent and planned space travel by billionaires Richard Branson and Jeff Bezos illustrates his argument that a wealth tax could help offset the cost to governments of the COVID-19 pandemic. The 2020 Throne Speech included a general pledge to “identify additional ways to tax extreme wealth inequality,” but the Liberal government has not proposed a wealth tax.
The idea is a central plank for the NDP, and Leader Jagmeet Singh intends to promote it for the next federal election.
NDP finance critic Peter Julian said he expects wealth taxes will be a key issue in the campaign, which could start as soon as August.
“There’s no doubt in this upcoming election Canadians will want to debate the tax system that we have now and the fact that the ultrarich get off without remotely paying their fair share of taxes,” he said.
The NDP campaigned in 2019 on an annual 1-per-cent tax on wealth above $20-million, which the PBO has said would generate $5.6-billion in the first year.
Conservative finance critic Ed Fast said in a statement the tax plans from the Liberals and the NDP show his party is the only choice for Canadians who do not want new taxes.
https://www.theglobeandmail.com/politics/article-one-time-wealth-tax-could-generate-60-billion-in-revenue-parliamentary/