By January 26, 2021 it was changed to include a section on “genetic material” and mRNA: 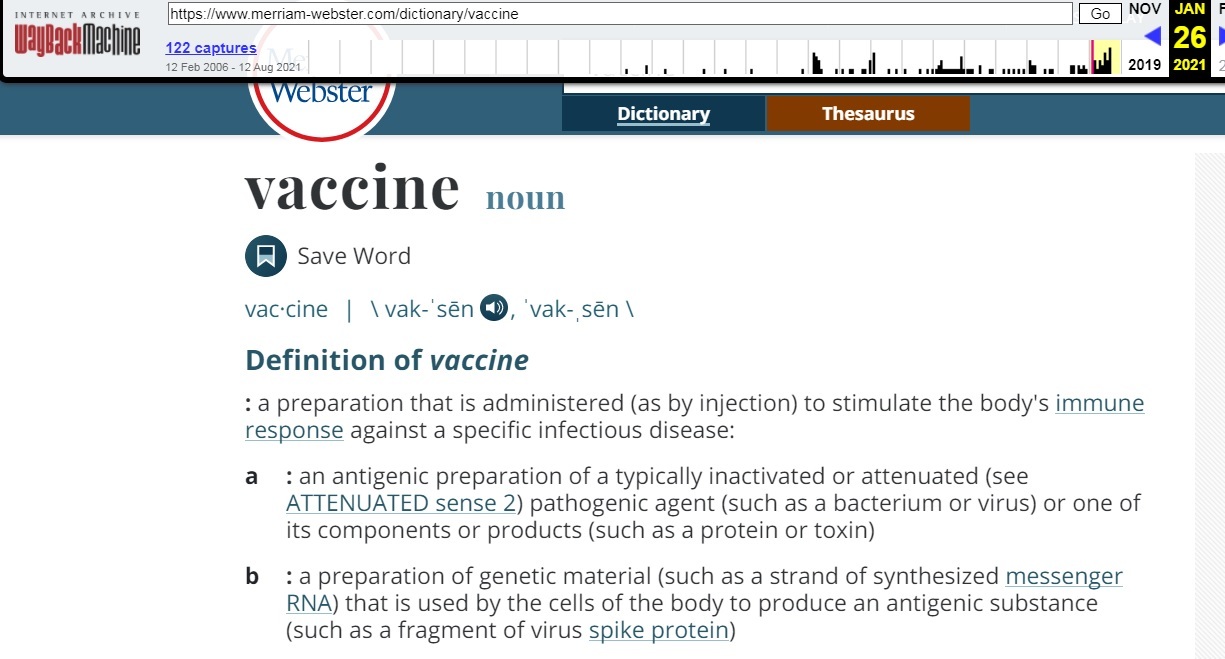 Apparently that was not quite good enough to silence the critics who were claiming that the COVID-19 shots did not meet the definition of a “vaccine,” so it was changed again by June 1, 2021 to include examples of mRNA “vaccines” such as Moderna and Pfizer, “viral vector” vaccines such as J&J and AstraZeneca, and a completely new definition to cover some “vaccines” the military is working on: a preparation or immunotherapy that is used to stimulate the body’s immune response against noninfectious substances, agents, or diseases. 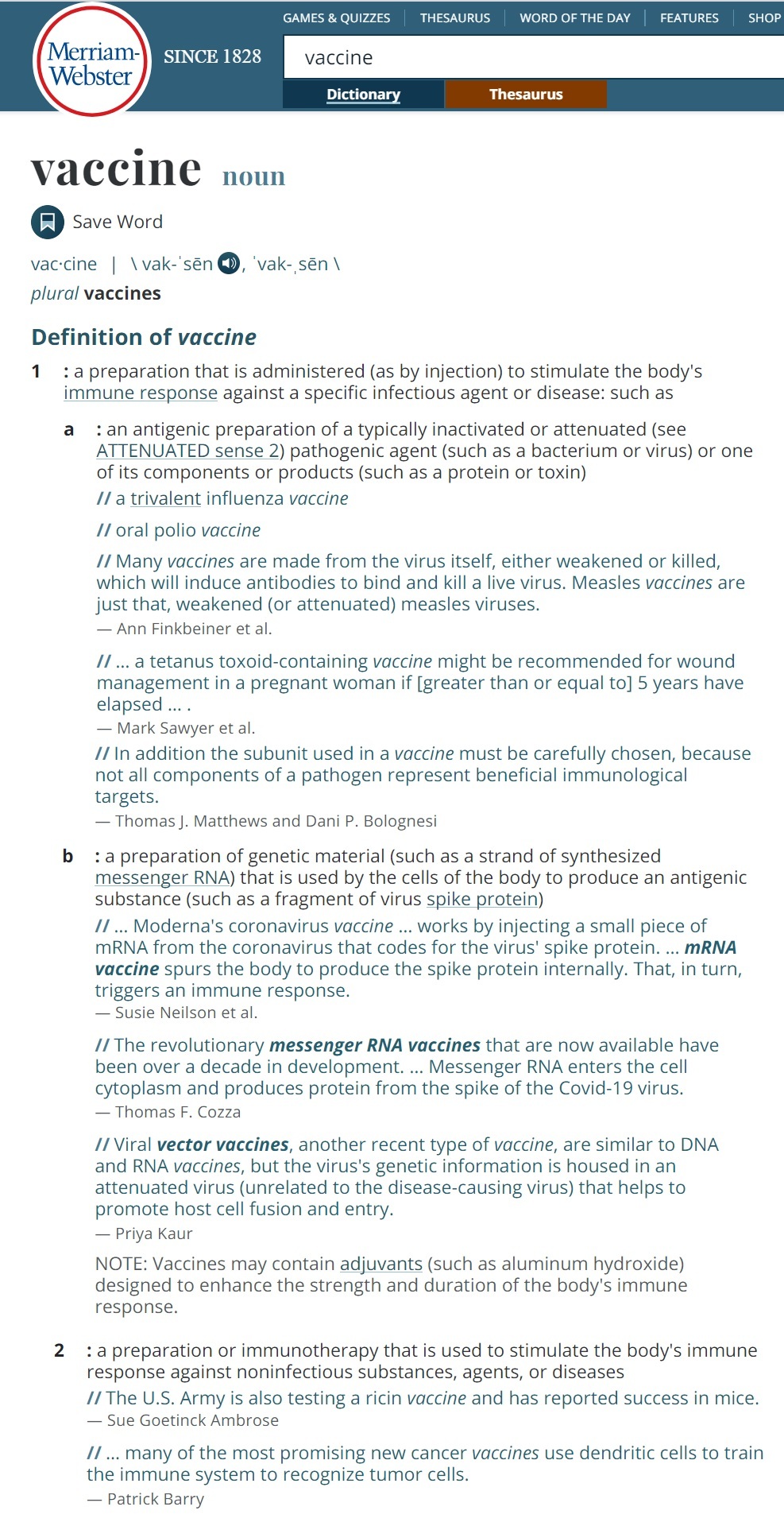