US closing troubled NYC jail where Epstein "killed himself" 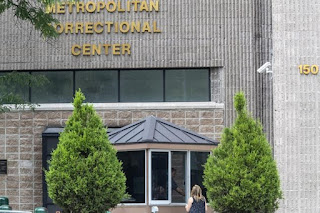 The U.S. government said Thursday it is shutting down an embattled federal jail in New York City after a slew of problems that came to light following disgraced financier Jeffrey Epstein’s suicide there two years ago.

The federal Bureau of Prisons said the Metropolitan Correctional Center in lower Manhattan will be closed at least temporarily to address issues that have long plagued the facility, including lax security and crumbling infrastructure.

The facility, which has held inmates such as Mexican drug lord and escape artist Joaquin "El Chapo" Guzman and Mafia boss John Gotti, currently has 233 inmates, down from a normal population of 600 or more. Most of them are expected to be transferred to a federal jail in Brooklyn.

The decision to close the Metropolitan Correctional Center — billed as one of the most secure jails in America — comes weeks after Deputy Attorney General Lisa Monaco toured the jail and saw the conditions firsthand.

Until recently, the facility had been recruiting new staff. Now, employees are being sent letters notifying them of a reduction in force.

"In an effort to address the issues at MCC NY as quickly and efficiently as possible, the Department has decided to close the MCC, at least temporarily, until those issues have been resolved," the Justice Department said in a written statement.