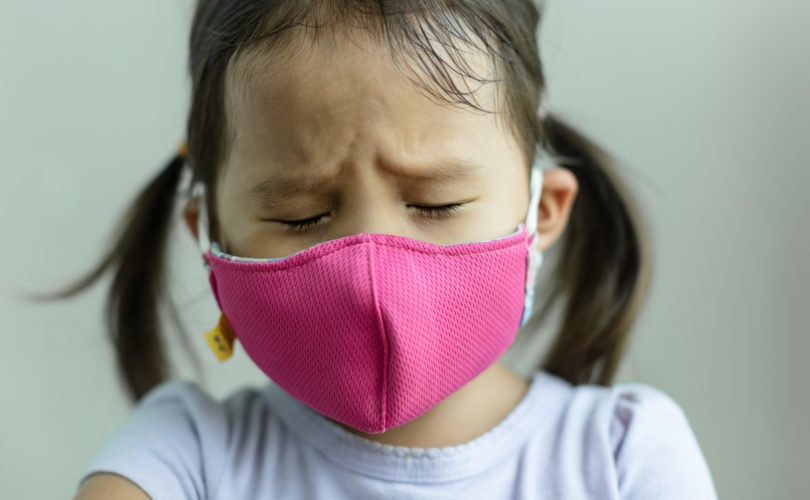 Prior to facemask mandates as an alleged preventive for Covid infection and transmission, such masks were infrequently worn in hospitals and other medical facilities. They were only used in operating theatres or for visiting seriously ill patients in order to prevent infection from spit or droplets into open wounds or to partially protect visitors from acquiring and transmitting pathogens more dangerous than Covid. Many doctors and nurses have told LifeSite that for decades, if not longer, staff wearing medical masks were an uncommon sight in health care facilities other than as mentioned.
No studies were needed to justify this practice since most understood viruses were far too small to be stopped by the wearing of most masks, other than sophisticated ones designed for that task and which were too costly and complicated for the general public to properly wear and keep changing or cleaning. It was also understood that long mask wearing was unhealthy for wearers for common sense and basic science reasons.
There has been an international flood of lies about mask wearing in order to justify the bizarre and disturbing situation we have today of almost everyone wearing masks in many regions, inside and outside healthcare facilities, in schools with children of all ages, during sports events, in churches, in grocery stores and all commercial facilities, while driving and walking, and long after peak infection has passed.
It has also continued long after it was discovered that Covid was not nearly as dangerous as we were led to believe, that many of the mitigation policies caused serious damage of all kinds, including many deaths, and long after prevention and treatment protocols were discovered and used with great success, and the very best ones often criminally suppressed by government and health authorities.
The unnecessary and greatly exaggerated fear during the first few months of this pandemic, which would never have been labeled a pandemic until the WHO unilaterally changed the pandemic definition to include much less dangerous pathogens, has been manipulated to continue to this day, unlike past experiences with similar virus outbreaks. There have been numerous lies fed to the public by the WHO, national and regional government leaders and health bureaucrats and the media and many other institutions – all certainly for the purpose of maintaining fear until the large majority of the public has been injected with the poorly tested, unnecessary and dangerous Covid vaccines for which we have no evidence of their long-term safety.
President Joe Biden has been consistently presenting numerous, outrageous lies to justify his extreme Covid and vaccine policies and Paul Elias Alexander, Ph.D, has written an article published on LifeSite today that summarizes all of the most prominent and damaging lies that have generated continuing fear and caused a large percentage of Americans and citizens of other nations to accept the Covid vaccines in order to allegedly be able to return to a normal life. Included in Alexander’s list are the lies related to mask mandates.
https://www.lifesitenews.com/news/47-studies-confirm-inefectiveness-of-masks-for-covid-and-32-more-confirm-their-negative-health-effects/?s=09