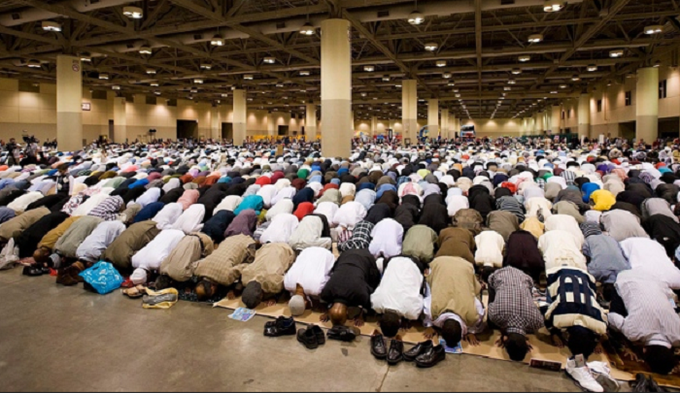 “Islam is now the fastest-growing religion in the country, says Statistics Canada.” As in other globalist countries, this increase is compounded by Canada’s open-door policy toward immigration, with Muslims taking center stage, and those entering are not necessarily vetted, which only adds to other legitimate concerns. Take for instance, the infamous Roxam Road. Illegal migration via this route saw about 50,000 illegals enter Canada by 2019.  Although the largest concentration of these illegals was initially Haitians, by 2019, the largest group was reportedly from Nigeria, while Pakistan, Turkey, Egypt and Yemen were all in the top 12 countries of origin. Illegals from around the world were responding to a big welcome from globalist Prime Minister Justin Trudeau, who also threw out a welcome mat to returning Islamic State fighters. In 2019, Canada set out a countrywide plan to welcome more than 1,000,000 new immigrants over three years.

Canada’s population is 38 million. In 2018, Canada announced plans to “lead the charge” for the UN Migration Pact. And those Canada was welcoming weren’t persecuted Christians. Concerned Canadians reached out to try to help a Christian refugee family that had been ordered deported back to jihad-plagued Nigeria. The Trudeau government paid no attention to the many who rallied in the family’s defense, and a year later, it emerged that the family had gone underground to avoid deportation and certain death in Nigeria. For Muslims, different immigration rules apply in Canada, what with Trudeau’s welcome mat.

“The religious landscape in Canada has undergone significant changes”: the Muslim population has tripled in the last 15 years and destined to expand much more. There are those who are programmed to scream “Islamophobia” at every turn, despite the fact that there are justifiable reasons for concern about this trend. A household is inarguably comprised of its members. Likewise, a country’s identity and direction is determined by its population. Once upon a time, immigration was carefully vetted and expectations of immigrants were a norm, but now, the logical two-way-street approach to immigration has given way to open doors.

Given the high level of Muslim immigration to Canada, the fact that some of these migrants believe in Sharia law is important. Arguments that are intended to confuse the discourse are easy to find, discussing the alleged multifaceted and complex nature of Sharia; these are really intended to make questioners look ignorant, “Islamophobic” or both, and close down discussion. While Sharia is subject to differing interpretations, in mainstream Islam the Sharia is regarded as divine law, absolute,  immutable, and eternal. This includes laws regarding amputation, stoning, and the like. This is the aspect that needs to be openly discussed, but discussion is shut down.

Adherents of Sharia have engaged in genocidal persecution of religious minorities, as well as abuse of women globally. Muslim countries are restrictive, particularly for religious minorities and women, because of Sharia provisions. Despite variations in Sharia rulings, in no Islamic country is the principle of the equality of dignity and rights of all human beings accepted.

When Muslims immigrate to the West, those who embrace Sharia and believe that it should be spread do not magically change their beliefs. Indeed, generally the more devoted Muslims are to mainstream Islam and the literal understanding of its texts, the more determined they are to establish Sharia everywhere.

Consider this argument from the American Thinker:

Jihadist groups like ISIS and al-Qaeda and the Muslim Brotherhood and Boko Haram and the many, many others may have lesser agendas that diverge, but on this overarching matter, calling for the imposition of sharia law….. the bulk of all Muslims accept the premise that ultimately, sharia law will prevail globally under the guidance of the caliphate. It is, furthermore, mainstream Islamic thought that all believers are obliged to struggle for the achievement of that ideal condition. This struggle is referred to as the lesser jihad, and no Muslim can deny its dogma…The global imposition of sharia law and the caliphate are not distortions of true Islam; they are mainstream ideals that the religion expects all believers to pursue.

Islam is not just a religion, but an entire political system. “Muslims are not meant to be ruled by non-Muslims. The Quran is very clear that they are to resist unbelievers by any means, until Islam establishes political supremacy. This doesn’t mean that everyone must be forced to become Muslim, but rather that everyone must submit to the supremacy of Islam.” Read more HERE.

Canada is already in danger of losing its freedom of speech altogether, given the activities of aggressive Islamic lobbies in the country that are forcing the Organization of Islamic Cooperation’s agenda of “Islamophobia” down the throats of Canadians. Given open-door immigration without assimilation, the country will be unrecognizable in a few years.

Islam is now the fastest-growing religion in the country, says Statistics Canada.

Blacklock’s Reporter says the Muslim population as a portion of the entire country has more than tripled since 1996 but remains outnumbered 9 to 1 by Catholics.

“The religious landscape in Canada has undergone significant changes,” analysts wrote in a report.

“From a sociological standpoint, the study of the evolution of religion allows for a better understanding of some of the changes modern societies are facing,” said StatsCan.

“In addition, religion is important with respect to population change because it can influence important demographic factors such as marriage, divorce and fertility.”

The majority of Canadians surveyed, 68%, said they had some religious affiliation though fewer, 23%, regularly attended a church, temple, mosque or synagogue. Only 16% of Canadians attend weekly religious group activities like Mass, while 23% said they attended monthly.

“In recent decades there has been a decline in religious affiliation, participation in group or individual religious or spiritual activities, and the importance of religious and spiritual beliefs in how people live their lives,” wrote analysts.

From 1996 to 2019 figures on various religious groups’ share of the total population indicated:

the proportion of Jewish Canadians declined from 1.1% to 1%;