CANADA (not satire): BC doctor clinically diagnoses patient as suffering from 'climate change' 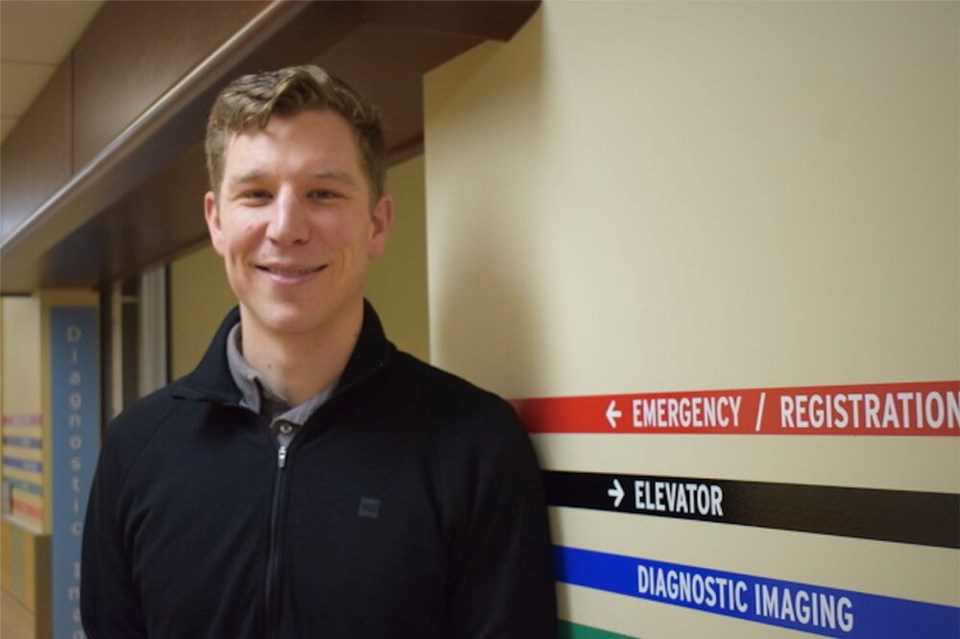 The head of a Nelson, B.C., emergency department says it's time doctors start looking at the underlying cause of medical conditions triggered by smoke and heat.

When a patient in her 70s came into the emergency department at Kootenay Lake Hospital in Nelson, B.C., Dr. Kyle Merritt had no idea hundreds of people were dying of heat across the province.

It was late June, and British Columbia was consumed under a heat wave that would soon go down as both the hottest and deadliest in Canadian history.

The head of the hospital’s emergency department, Merritt could see the aggravated toll the extreme heat took on patients battling multiple health problems at once, often with little money.

“She has diabetes. She has some heart failure. … She lives in a trailer, no air conditioning,” says Merritt of the senior patient.

“All of her health problems have all been worsened. And she's really struggling to stay hydrated.”

As the mercury climbed, more patients arrived and pressure on the hospital mounted. Merritt and his colleagues tried to make sense of a surge in heat illness most had only seen in medical school.

“We were having to figure out how do we cool someone in the emergency department,” says the doctor. “People are running out to the Dollar Store to buy spray bottles.”

Merritt remembers hitting a tipping point, the extreme heat an opening salvo in another summer of crisis. He started contacting other doctors and nurses, in Prince George, Kamloops, Vancouver and Victoria.

The response was immediate. Roughly 40 doctors and nurses at the small hospital — all busy trying to manage a pandemic and their regular professional lives — came together under the banner Doctors and Nurses for Planetary Health.

“I was worried about the summer that was coming,” says Merritt of the rising number of health-care workers desperate to talk about how climate change is affecting their patients’ health.

“I was really quite amazed at how many people have decided to jump in.”

Just as doctors and nurses started to make sense of the record heat, it cleared — only to be replaced by a blanket of wildfire smoke.

Like so many summers in recent memory, this summer, Nelson’s air turned the colour of pea soup, leading to a spike in patients suffering respiratory problems.

B.C.’s Interior suffers some of the greatest fallout from air pollution in the country.

Between 2013 and 2018, the 10 census divisions in the country with the greatest exposure to fine particulate matter (PM2.5) were all in B.C.’s Interior, according to a 2021 Health Canada analysis of the impacts of air pollution on human health.

Of those, half the census divisions — including Central Kootenay, where Nelson is located — were among the top 10 slices of the country with the highest per capita rates of premature death.

“A lot of people in the Kootenays sort of thought that this would be a good place to hide out while the rest of the world falls apart. But it's, of course, hitting us here, just like it's hitting many places, and we're really seeing the impacts,” says Merritt.

Like death by heat, doctors have traditionally struggled to clinically attribute mortality and severe illness to air pollution. For Merritt, this summer’s wildfire season changed all that.

When a patient came in struggling to breathe, Merritt knew the smoke — that hadn’t lifted from the region for days on end — had made a case of asthma worse.

For the first time in his 10 years as a physician, the ER doctor picked up his patient’s chart and penned in the words “climate change.”

“If we're not looking at the underlying cause, and we're just treating the symptoms, we're just gonna keep falling further and further behind,” he told Glacier Media when asked why he did it.

“It's me trying to just ... process what I'm seeing. We're in the emergency department, we look after everybody, from the most privileged to the most vulnerable, from cradle to grave, we see everybody. And it's hard to see people, especially the most vulnerable people in our society, being affected. It's frustrating.”

At the same time, Merritt says he hoped another family physician would read the chart, and one day, consider drawing a straighter line between their patients’ health and climate change.