Emilio Estevez 'not returning' to The Mighty Ducks: Game Changers due to Disney's COVID-19 vaccine mandate 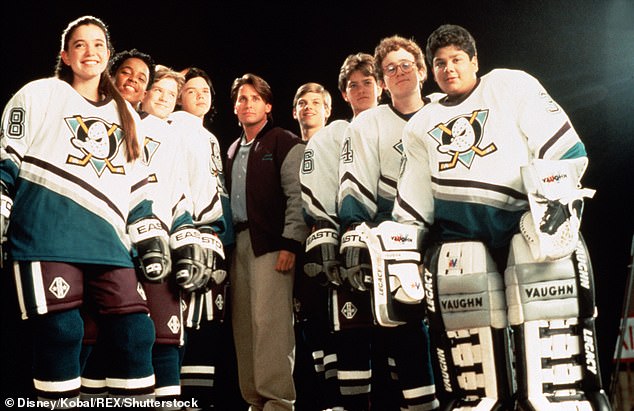 Emilio Estevez is reportedly 'not returning' to The Mighty Ducks: Game Changers due to Disney's strict COVID-19 vaccine mandate for cast and crew.

The 59-year-old actor, who first starred in the franchise as coach Gordon Bombay in the 1992 hockey flick The Mighty Ducks, left the Disney+ series because of disagreements over the show’s vaccine requirements.

'Disney Television Studios’ ABC Signature, which produces the hockey-themed sequel series, made the decision not to pick up Estevez’s option for Season 2 after weeks of back and forth with his team over the show’s Covid vaccination requirement,' according to Deadline.

Game Changers, like many Hollywood productions, has a policy that everyone in their Zone A group — actors and most crew members — must be vaccinated against COVID-19.

Estevez reprised his role as Coach Bombay for season one of Game Changers, which debuted on the streaming service in March and was picked up for another season in August.

Estevez reunited with original Mighty Ducks writer Steven Brill for the new series which came together while they were filming their 2018 film The Public, which Brill wrote and directed.

Emilio joins a growing list of celebrities declining the shot, including Ice Cube, real name O'Shea Jackson Sr., who recently exited Sony's comedy Oh Hell No after declining a request from producers to get vaccinated.

The 52-year-old West Coast rapper lost out on a $9million payday for declining the vaccination to work on the project which was supposed to film on the island of Hawaii, a state that has reported nearly 90% vaccination rates for residents 12 and older.