Scientists studying whether it's possible to grow, eat mRNA vaccines 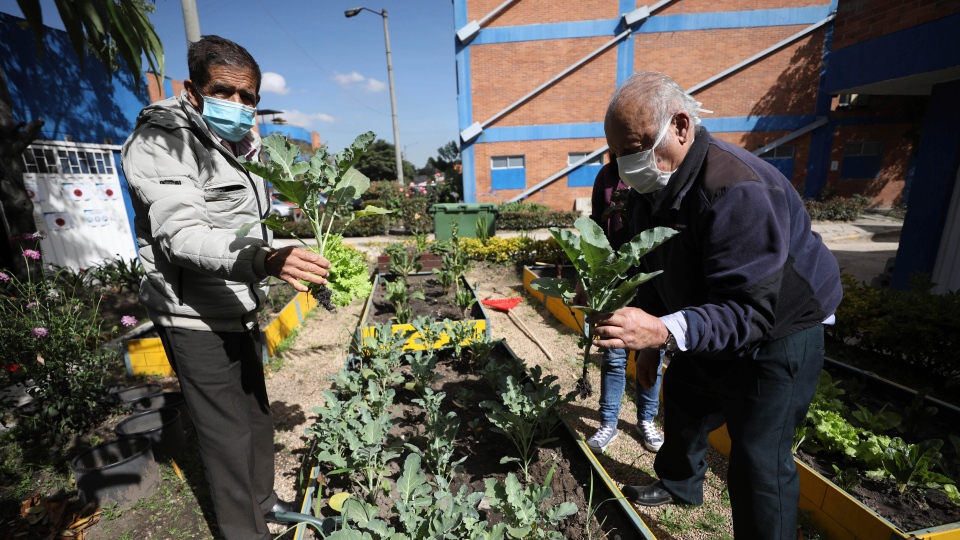 Given the option, would you rather get vaccinated by taking a shot in the arm or eating a bowl of vegetables?

Scientists at the University of California, Riverside (UCR) are currently studying whether they can turn edible plants, such as lettuce and spinach, into mRNA vaccines people can grow themselves.

The research project has three goals: to show that DNA containing mRNA vaccines can be successfully integrated into plant cells; to demonstrate that plants can replicate enough mRNA to rival current injection methods; and to determine the correct dosage.

The key to introducing mRNA vaccines into plants are chloroplasts, according to Giraldo, which are the small organs in plant cells that are responsible for photosynthesis.

"They're tiny, solar-powered factories that produce sugar and other molecules which allow the plant to grow," Giraldo said. "They're also an untapped source for making desirable molecules."

Previous lab work by Giraldo has shown that chloroplasts can express genes that aren't naturally part of the plant. This was achieved by sending foreign genetic material inside a protective casing into plant cells.

Similar research into an edible COVID-19 vaccine is also being conducted close to home.

A team of scientists led by Allyson MacLean, an assistant professor in the University of Ottawa's Department of Biology, have been working on an alternative means of immunization against the virus for more than a year now.

Their method involves the expression of viral antigens in edible plants, including lettuce and spinach, which people would then eat. Testing of the vaccine has already begun as part of a partnership with The Ottawa Hospital.

The mRNA technology used in some conventional COVID-19 vaccines works by using mRNA to provide human cells with genetic instructions for making antibodies against specific diseases. One of the challenges of mRNA vaccines, however, is they must be kept at cold temperatures to maintain stability during transport and storage.

If the UCR research project is successful, not only could it make edible mRNA vaccines possible, but also create an mRNA vaccine able to be stored at room temperature.

"I'm very excited about all of this research," Giraldo said. "I think it could have a huge impact on peoples' lives."

The research project is being backed by a US$500,000 grant from the U.S. National Science Foundation.