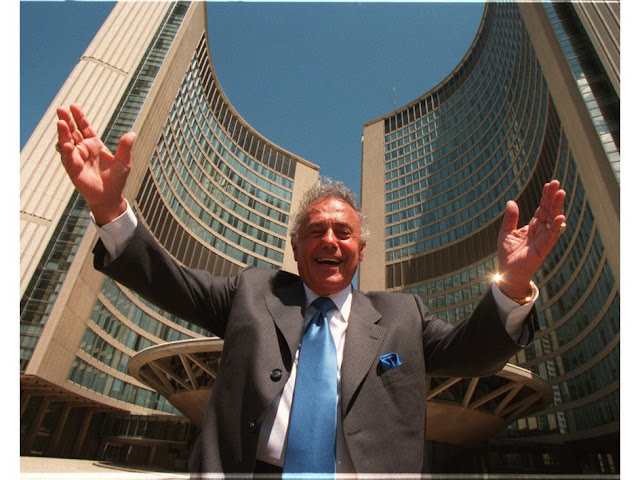 Mel Lastman, one of the most memorable mayors in the history of Toronto and the first to lead the amalgamated city after serving many years in the role in North York, died Saturday of heart failure at the age of 88.

Lastman was mayor of North York from 1973-1997 and when Metropolitan Toronto became the City of Toronto, Lastman got the top job, beating incumbent Toronto mayor Barbara Hall in 1998. Lastman was re-elected in 2000 with 80% of the popular vote and served until his retirement in 2003.

Postmedia chairman Paul Godfrey called Lastman “the Pied Piper of the people of Toronto,” who gave his life for the city he loved.

“He was a visionary and he was underestimated,” said Godfrey, who knew Lastman for more than 50 years.

“City Of Toronto has lost a true icon in Mel who is an instrumental part of the growth of both North York and the city of Toronto and one of the city’s greatest ever Mayors.”