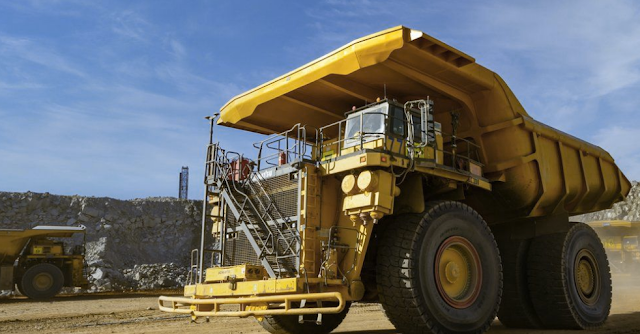 Mining trucks are monstrous machines that guzzle fuel at a scarcely believable rate.

Weighing 220 tonnes, they can get through 134 litres of diesel every hour.

Little wonder then that mining companies are focusing their attention on these vehicles as the first step to reducing their carbon footprint.

A first of its kind, the monster mining vehicle is being piloted in Limpopo, South Africa, at the firm's Mogalakwena platinum mine.

Due to be launched in early 2022, the truck will be hybrid, with a hydrogen fuel cell providing roughly half of the power and a battery pack the other half.

Instead of having a tank of diesel that powers the motor, hydrogen enters the fuel cell and mixes with oxygen to create water in a chemical reaction catalysed by platinum, which generates the electricity needed to power the motors that drive the wheels.

It only emits water vapour and the company says it has the potential to reduce on-site diesel emissions by up to 80%.

By rolling out this technology across its global truck fleet, Anglo American says it will be "taking the equivalent of half a million diesel cars off the road".