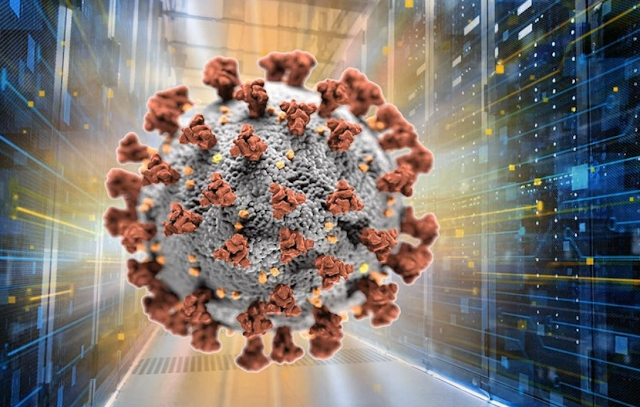 https://thenationalpulse.com/2021/12/27/oracle-supercomputer-supported-lab-leak/
Simulations conducted by Oracle supercomputing revealed COVID-19 to be “highly adapted” for human infection, discrediting the claim of the virus counting natural origins through a spillover event from wildlife to humans.

Proponents of the “natural origins” theory – including many Chinese Communist Party-compromised scientists – have attached significance to the virus’s host being a bat, arguing the animal transferred COVID-19 to a person at a wet market.

Petrovsky’s findings, which appear to identify humans as the original host of COVID-19, undercut the theory that the virus was transferred from animal to human but rather originated in humans independent of an animal.

To do so, Petrovsky’s team analyzed different ACE2 receptors, which allow coronaviruses to enter cells and reproduce, and spike proteins, which allow the virus to actually latch onto a human’s airway cells with the supercomputer.

“We were trying to find which species of lock the Covid-19 key was best designed to unlock. You can try and fit the SARS-CoV-2 spike protein structure shape into all of the ACE2 structures from different animals to see which one fits best, just like solving a jigsaw,” Petrovsky explained.

The group uploaded ACE2 genetic sequences from a variety of potential animal hosts including bats, mice, and civets and was able to run simulations by March 2020. As What Really Happened In Wuhan notes:

Very quickly, he had a result – and it was a result that caused him a great deal of angst. “Strangely, humans came out at the very top of the list.” Petrovsky pauses. “That was not what we were expecting, as the animal host from which the virus had been transmitted should have been at the top of the list. This presented a puzzle as the data suggested the SARS-CoV-2 spike protein had uniquely evolved to bind and infect cells expressing human ACE2. Normally with a new pandemic virus, whatever species that virus originally came from would be the best fit and the virus would initially only half fit the human lock but then mutate over time to try and become a better fit. A virus should not be able to evolve to be a perfect fit for a lock it has never seen, and yet this is what the data was telling us. The virus spike protein looked like it couldn’t have been better designed to fit the human ACE2. Go figure.”

Eventually, Petrovsky’s team published its findings in June 2021 in the prestigious journal, Nature Scientific Reports, in a report titled “In silico comparison of spike protein-ACE2 binding affinities across species; significance for the possible origin of the SARS-CoV-2 virus.”