U.S. government deficit down 17% from same period a year ago 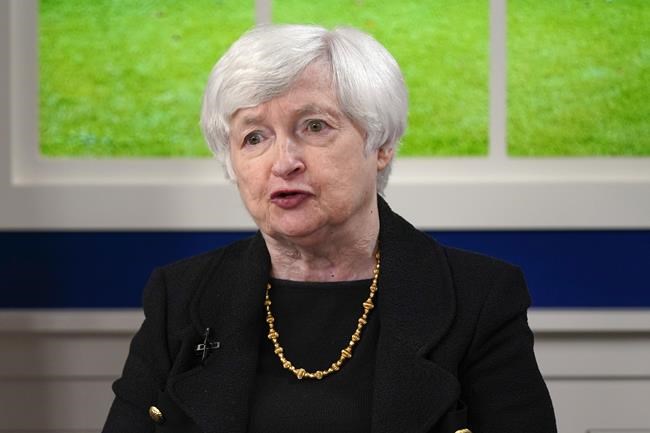 The U.S. budget deficit totaled $356.4 billion in the first two months of the budget year, down 17% from the same period a year ago as a sharp jump in government revenues offset a smaller increase in spending.

In its monthly budget report, the Treasury Department said Friday that the government's deficit in October and November was $72.9 billion below the deficit in the same two months last year. The government's budget year starts on Oct. 1.

The improvement reflected the fact that government revenues have been rising at a faster pace than government spending over the past two months.

For the October-November period, tax revenues totaled $565.1 billion, a sharp 23.6% above revenues in the same period last year and a record for the first two months of the budget year.

The big increase reflected an improving economy that has seen corporate profits rise and millions of people going back to work, which boosts individual tax payments. In addition, the revenue increase reflected the fact that businesses are having to make up for their portion of Social Security tax payments which were deferred last year as part of the tax relief Congress granted during the pandemic-triggered recession.

Government spending totaled $921.5 billion, also a record for the first two months of the budget year, and 3.9% higher than the same two months last year.

The budget deficit totaled $2.77 trillion for the 2021 budget year that ended Sept. 30. That was the second highest annual deficit on record, exceeded only by the $3.13 trillion deficit for 2020.

The deficits for both years were inflated by the trillions of dollars in government spending approved by Congress to keep the country from sliding into a deeper downturn because of the COVID shutdowns.

The Congressional Budget Office is forecasting that the deficit for the current 2022 budget year will narrow further to $1.2 trillion. CBO projects the annual deficits will remain below $1 trillion until 2026 when they will once again top the $1 trillion mark.