Jordan Peterson: Open the damn country back up, before Canadians wreck something we can’t fix 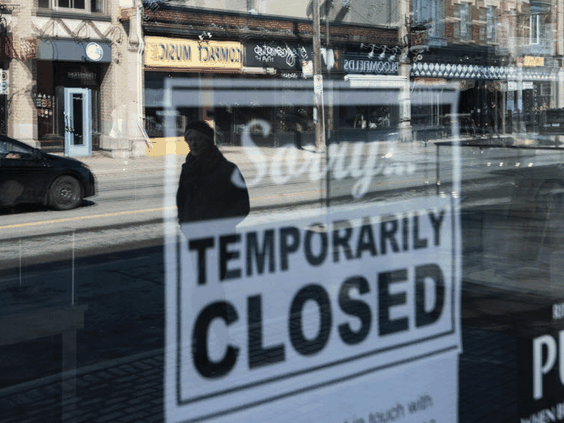 I spent more than three hours on the phone this weekend trying to get through to the online security department of one of Canada’s major banks. One of my accounts was shut down (because I had the effrontery to sign in from Alberta — an event too unexpected for the bank’s security systems). I was placed on hold interminably, subjected all the while to the corporate world’s idea of music (to soothe me). I was then offered a call-back, which I duly received, 45 minutes later. Then I was placed on hold again, and again, and again. This all occurred after my patience had already been exhausted in the aftermath of trying to fly in Canada.

But everything had opened enough, in principle, so flights for such purposes were — in principle — once again possible. My wife and I therefore took the opportunity on the last day of 2021 to fly first to Comox, British Columbia, and then, several days later, to our joint hometown of Fairview, Alberta. However, the airline we had arranged our flights with cancelled/delayed all six flights we had scheduled. Furthermore, they had no staff available in one entire wing of Edmonton’s airport. This made rescheduling prohibitively difficult. We were delayed by one full day travelling to British Columbia, and then another day travelling to Alberta (and there were further delays on our way home to Toronto). This took quite a chunk out of an eight-day trip. All this from an airline that not so long ago was a model of efficiency.

Like most people in Canada, and in the broader Western world, my wife and I are accustomed to systems that work. When we booked flights in the past, with rare exceptions, we arrived safely and on time. When we used our banking systems, online, we gained access to our accounts. When we had to phone security, because of a log-in problem, we were able to talk to someone who was able to help. And, because we were spoiled Westerners, we expected that such would always and consistently be the case. Why? Because, by and large, our systems worked. Miraculously well. The power (and the heat — it’s forty below here in northern Alberta, and has been for three weeks) always worked. Planes took off and landed on time. Banks were open and effective and honest.

But there are empty shelves in the grocery stores here in Fairview. The supply chain that provides our food — just in time — are severely stressed. While I was here, I spoke with a local restaurateur who operates the pizza place I worked in forty years ago. She is barely hanging on. This is true of most local businesses.

I was on the phone for three hours trying to sort out a minor banking issue, after being delayed for a full day while flying, after having been delayed in a similar way only four days before. And, because I am an entitled Westerner, accustomed to my privileges, I got whiny about it. I have a banker that takes care of my affairs, and I sent him and his associate a string of complaints about the service I was receiving. They wrote back, apologetically, and told me that they’re barely able to function with the COVID restrictions, the attendant staff shortages (also caused by illness) and their inability to attract new employees — a problem besetting many industries at the moment.

I am not accustomed to feeling particularly sympathetic for the travails of large, successful enterprises: banks, airlines, utilities and the like. I expect a certain standard of service, so that I can conduct my own affairs effectively, and am impatient when delays unnecessary in the normal course of things emerge. The letter from the bank stopped me and made me think, however. It wasn’t just the bank. It was also the airline. It was the empty shelves in the grocery store in northern Alberta. It was the daughter of the man I once worked for as a cook, back when I was a teenager. It was the shopkeepers and small business-people I have spoken with on this trip.

We are pushing the complex systems upon which we depend and which are miraculously effective and efficient in their often thankless operation to their breaking point. Can you think of anything more unlikely than the fact that we can get instant trouble-free access to our money online, using systems that are virtually graft- and corruption-free? Just imagine how much work, trust and efficiency was and is necessary to make that a reality. Can you think of anything more unlikely than fast, reliable and inexpensive jet air travel, nationally and internationally, in absolute safety? Or the constant provision of almost every consumer good imaginable, in the midst of plentiful, varied and inexpensive food?

These systems are now shaking. We’re compromising them seriously with this unending and unpredictable stream of restrictions, lockdowns, regulations and curfews. We’re also undermining our entire monetary system, with the provision of unending largesse from government coffers, to ease the stress of the COVID response. We’re playing with fire. We’ve demolished two Christmas seasons in a row. Life is short. These are rare occasions. We’re stopping kids from attending school. We’re sowing mistrust in our institutions in a seriously dangerous manner. We’re frightening people to make them comply. We’re producing bureaucratic institutions that hypothetically hold public health in the highest regard, but subordinating all our properly political institutions to that end, because we lack leadership, and rely on ultimately unreliable opinion polls to govern broadscale political policy. I’ve never seen breakdown in institutional trust on this scale before in my lifetime.

I was recently in Nashville, Tennessee. No lockdowns. No masks. No COVID regulations to speak of. People are going about their lives. Why can that be the case in Tennessee (and in other U.S. states, such as Florida) when there are curfews (curfews!) in Quebec, two years after the pandemic started, with a vaccination rate of nearly 80 per cent? When BC is still limiting social gatherings? When we are putting tremendous and unsustainable strain on all the complex systems that have served us so well, and made us so comfortable, in the midst of the troubles of our lives?

The cure has become worse than the disease.

I have spoken with senior advisors to provincial governments in Canada. There is no end game in sight. The idea that Canadian policy is or should be governed “by the science” is not only not true, it’s also not possible, as there is no simple pathway from the facts of science to the complexities of policy. We are deciding, by opinion poll, to live in fear, and to become increasingly authoritarian in response to that fear. That’s a danger, too, and it’s increasingly real. How long are we going to flail about, hiding behind our masks, afraid to send our children (who are in no danger more serious than risk of the flu) to school, charging university students full tuition for tenth-rate online “education,” pitting family member against family member over vaccine policy and, most seriously, compromising the great economic engine upon which our health also depends?

Until we decide not to.

There are no risk-free paths forward. There is only one risk, or another. Pick your poison: that’s the choice life often offers. I am weary of living under the increasingly authoritarian dictates of a polity hyper-concerned with one risk, and oblivious to all others. And things are shaking around us.

Enough, Canadians. Enough, Canadian politicos. Enough masks. Enough social gathering limitations. Enough restaurant closures. Enough undermining of social trust. Make the bloody vaccines available to those who want them. Quit using force to ensure compliance on the part of those who don’t. Some of the latter might be crazy but, by and large, they are no crazier than the rest of us.

Set a date. Open the damn country back up, before we wreck something we can’t fix.

Time for some courage.