Novak Djokovic: Is his vaccine saga an unforced error for Australia? 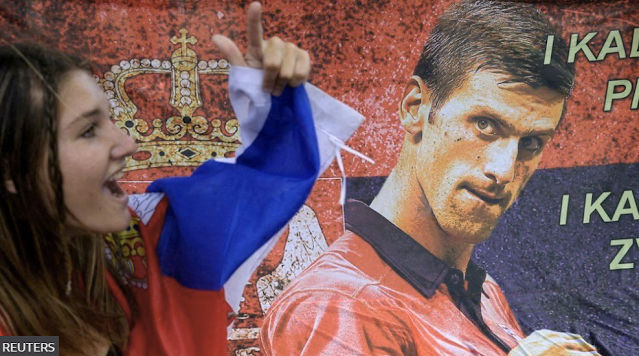 The story of the world's top ranked tennis player being held at an immigration detention centre after arriving in Australia last week caused dismay and anger on all sides.

Most of it has been directed at the authorities, be they in the federal or the Victorian state government.

There's almost a sense of incredulity at how the situation has been mishandled - the monumental breakdown in communication and the political tussling.

Djokovic, who is not the most popular of tennis players here, was expected to land late on Wednesday to a wave of Australian ire.

At that point the story seemed fairly straightforward.

A world-famous athlete, who has publicly said he is opposed to vaccination, granted an exemption to play at the Australian Open in a country that has implemented some of the world's strictest Covid-19 measures.

It was hardly surprising that it caused an outcry in a country whose citizens had been told that full vaccination was the condition to freedom of movement and travel.

But after Djokovic touched down at Melbourne Airport, things became a little murky.

On Wednesday, Prime Minister Scott Morrison responded to the public outcry by saying the decision to grant Djokovic a vaccine exemption certificate was a matter for the state government of Victoria.

A few hours later, a statement from Australia's Home Affairs Minister Karen Andrews appeared to contradict Mr Morrison - saying that "while the Victorian government and Tennis Australia may permit a non-vaccinated player to compete", the federal government would enforce its requirements at the border.

The following day, Mr Morrison's stance changed as it was revealed that Djokovic's visa had been cancelled, and that the 34-year-old was facing deportation.

In less than 24 hours, Mr Morrison had U-turned from initially accepting that the Serbian's exemption - and participation in the Australian Open - was a matter for the state of Victoria, to putting his foot down on the federal government's right to enforce its border rules.

It's impossible to ignore the politics at play here.

The tension between state and federal authorities exists because each wants something different from this.

Victoria wants the world number one to compete in one of the state's most important events.

The federal government, feeling the anger at Djokovic being allowed to fly in, wants to show Australians that they are in control of who comes in and out of the country and that everyone - including the tennis star - is expected to follow the Covid rules.