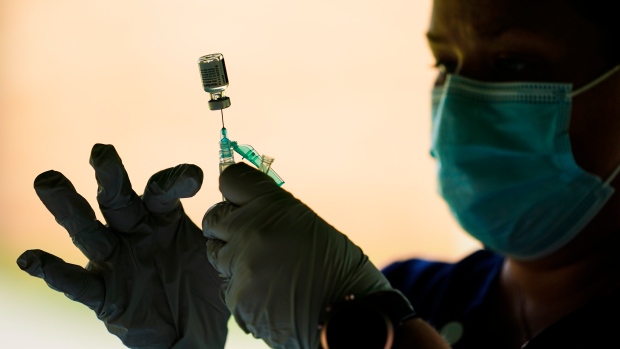 A 75-year-old man is among multiple people in Ontario who say they were accidentally given the equivalent of six doses of the COVID-19 vaccine while getting their booster shot.

CTV News Toronto has spoken with multiple people who received their booster shot at the Schomberg Medical Clinic near Newmarket on Jan. 8 and were affected by the vaccine mix-up.

A 28-year-old woman and her husband, who asked not be identified, are among those who were notified about the dosage error a few hours after they got their shot.

She said they were told by the receptionist that the doctor didn’t dilute the Pfizer COVID-19 vaccine, meaning they had received six times the proper dose.

According to health officials, each Pfizer COVID-19 vial contains 0.25 mL of product, which saline is added to and is enough vaccine for six doses.

In this case, the vaccine was not diluted and people were given the full vial.

"We were kind of freaked out," she told CTV News Toronto. "Then we started feeling really crappy that night. The whole next couple of days we had a really bad fever, chills, and body aches. We were knocked out for a couple of days."

She said she contacted her family doctor, who told her she had never heard of this issue occurring before. They were told by their doctor to monitor for any unusual symptoms over the next several months.

The clinic sent her an incident report, which CTV News Toronto has viewed. It doesn't include much detail, except to say she received an "undiluted dose."

"The doctor should have never messed that up," she said, adding that she has concerns about potential long-term effects.

She said she was told by reception at the clinic that more than 20 people received an undiluted dose that day.