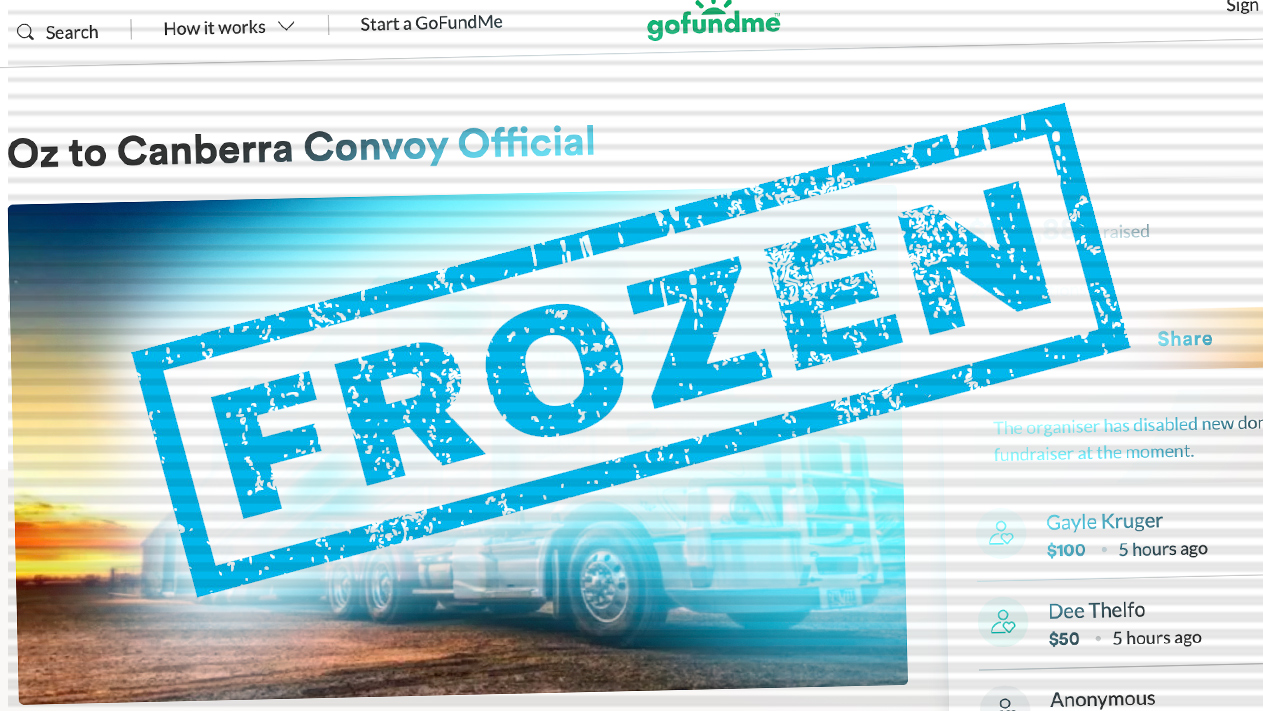 GoFundMe cancel culture has struck again with the Australian version of the Freedom Convoy finding their fundraiser frozen. ‘Convoy to Canberra’ had raised just over $180,000 on their ‘Oz to Canberra Convoy Official’ GoFundMe campaign through upwards of 2,700 separate donations before the funds were put on hold. Their goal is $300,000.

Anonymous organiser 'Ironbark Thunderbolt', who is conducting the event on behalf of James Greer, is been locked out of the funds until more information is provided.

A spokesperson from GoFundMe issued a reply to the move, stating that, “The funds will be held safely until the organiser completes the verification process, and is able to provide documentation to our team about how the funds will be distributed, this is part of our standard process to ensure the protection of all donors.”

The GoFundMe site already contains information about the intended fate of the funds raised, but the following is not considered detailed enough for the website to approve.