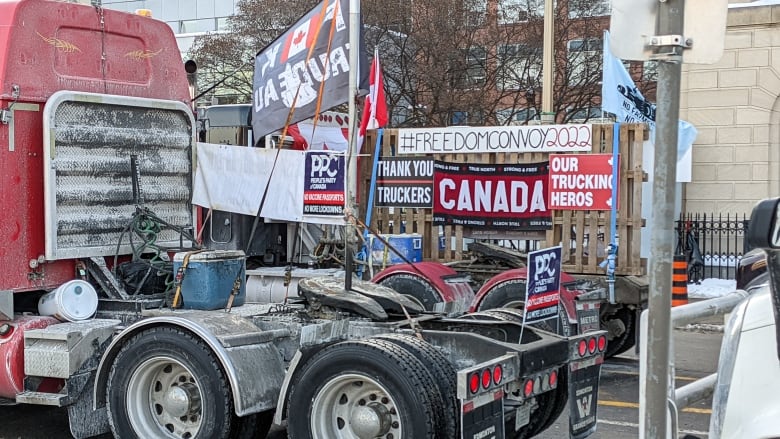 Police aware of significant funding and participation in protest from U.S.

Ottawa's police chief says policing alone might not solve the ongoing, volatile occupation of the city's downtown core that has lasted for nearly a week, and military aid might be necessary.

"This is a national issue, not an Ottawa issue," Ottawa police Chief Peter Sloly said in a briefing to city councillors Wednesday afternoon.

"I am increasingly concerned there is no policing solution to this."

Sloly said options being considered include requesting military aid, negotiation, political response, a court injunction or forced removal of protesters. But all approaches come with significant concerns, including rioting, injury and death, he said.

People across the country, as well as from other countries, have brought their frustrations with government response to the pandemic — all levels of government — to the nation's capital.

The risks will increase the longer the demonstration persists, said Sloly, but clearing protesters out of the city comes with its own risks. He also said police can't block access to the city.

"There is no lawful authority to seal a city, there's no practical capability to seal a city of this size," Sloly said, adding he'd need a police force of 50,000 officers to even attempt it.

He repeated that other options are on the table, including the potential need for military aid.